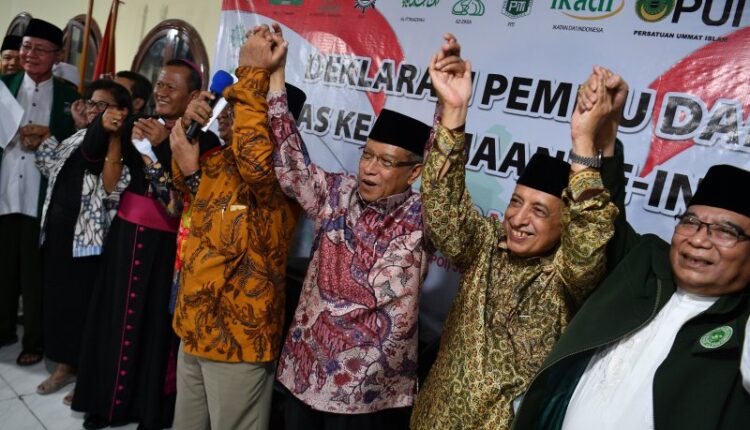 In recent years, radical and terrorist groups have emerged that have disrupted peace in Indonesia. If we look at its history, radicalism and terrorism arise from extreme attitudes in carrying out their beliefs. They are so extreme that they hate people with other beliefs and carry out jihad in harsh ways. Even though the prophet himself never taught anything like this, so the radicals were indeed very wrong.

To overcome radicalism and terrorism, religious moderation is needed, namely a moderate way of religion, aka in the middle. In a sense, in carrying out religious rules, worship, and other rituals, it is carried out with moderation, not extreme right or extreme left. The cause is extreme and excessive is not good.

Religious organizations are obliged to spread religious moderation because this method is the most effective in carrying out worship and rituals of other religions. If a person is too extreme to the left then he can become a socialist, while if a person is extreme right then he can become an extremist. Everything is wrong and should in practicing religion, be in the middle.

If religious organizations are diligent in spreading religious moderation, it is guaranteed that Indonesia will be more peaceful, because all Indonesian citizens understand the mode of religion in moderation. That way, there will be no more enmity even though the faith is different. Everyone is aware that Indonesia is a pluralist country and recognizes six faiths, and not a monarchy with a caliphate.

When everyone understands religious moderation, they will be tolerant because they realize that differences are beautiful. For example, when there are other people’s holidays, there will be no sweeping. Instead they respect each other and realize that they are happy when celebrating this special day.

Religious organizations can spread religious moderation in the following ways: first, by direct lectures because people still like to listen to da’wah through lectures. Ustad and kiai who are members of these mass organizations can tell stories when one of the prophet’s uncles had other beliefs, but really protected the prophet’s da’wah. That is an example of tolerance that can be imitated.

The spread of religious moderation through social media is more practical and has a wider reach because it can cover the whole world. In addition, we need to spread more positive news than negative, so that netizens around the world also know that Indonesian people are moderately religious.

Religious mass organizations in Indonesia are asked to spread religious moderation and they become the spearhead because they have a big influence in society. By spreading religious moderation, the Indonesian people can live in peace and tolerance, and reject the spread of radicalism, terrorism, and extremism.