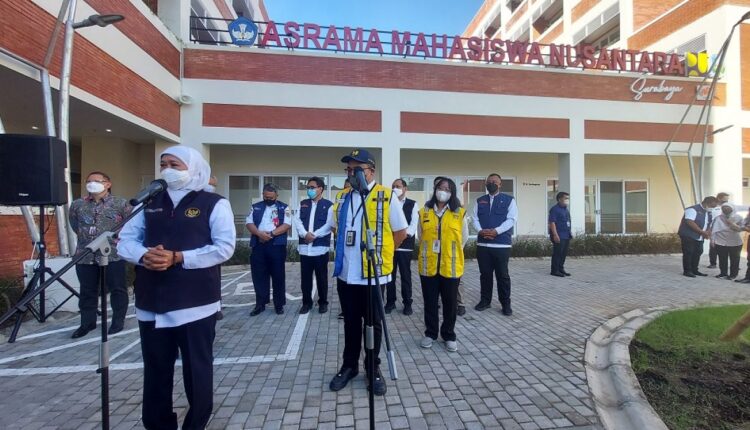 Archipelago Student Dormitory Surabaya has done built even has inhabited by more of the 400 students from all over Indonesia who took knowledge in various college high in Surabaya and its surroundings . The State Intelligence Agency (BIN) became catalyst AMN establishment . Trust given President Joko Widodo to BIN in framework strengthen nationalism and tolerance between ethnicity , religion and race in the country.

BIN as end spear defense domestically , indeed have duties and responsibilities answer for prevent deployment got it deviate , which is contradictory with Pancasila and dangerous the integrity of the Unitary State of the Republic of Indonesia.

For that , BIN continues To do efforts real in framework strengthen union and oneness nation so as not to easy faltered with anti-Pancasila ideology .

Previously , Gov East Java , Khofifah Indar Parawansa explain that vision from AMN development _ is unite difference incoming students _ from whole Provinces in Indonesia. So that they can mingle from various Tribe , Religion, and Race. Because p the will reflect motto nation this , ie spirit Bhinneka Tunggal Ika . Spirit the of course Becomes breath main from AMN development .

According to Khofifah, the AMN in Surabaya also functions as a place for education and character building for future generations of the nation. They will continue to be fostered with many kinds of activities, the implementation of which is directly supported by the State Intelligence Agency (BIN) .

AMN in the city of Surabaya, East Java is a occupancy multicultural for student receiver scholarship education from various area who studied in Surabaya and its surroundings . AMN development has implemented by the Ministry of PUPR since last September 2021 .

Director General Create Works by Diana Kusumastuti explain that the hostel capable accommodate about 532 students , which then the target is can accommodate as much as 40 percent student native Papua who received education tall or studying in East Java .

For known , the development of this AMN refer to the Regulations President ( Perpres ) Number 106 of 2021 concerning Archipelago Student Dormitories (AMN) as receptacle coaching for strengthen union and oneness for generation young on the level college tall with provide hostel for student from various moderate area _ college in the city / district other .

Not could denied again that our currently towards Indonesia Gold , don’t until ambition this corrupted by the notions that can break union and oneness nation this .

High appreciation should be given to the successful development of the Archipelago Student Dormitory (AMN), as receptacle embodiment Bhinneka Tunggal Ika for all students in Indonesia. —-