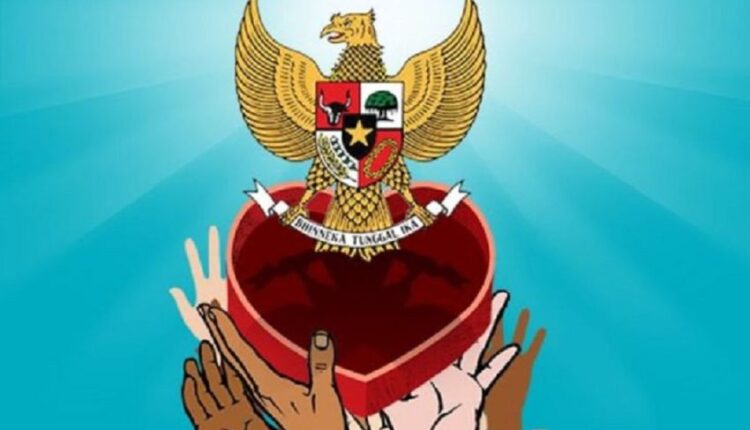 Support the Strengthening of Pancasila against Radicalism and Terrorism

Strengthening Indonesia’s original ideology, namely Pancasila, must continue to be supported by all parties because it will be able to prevent the potential for the spread of radical ideas and actions from terror groups.

With the improvements and advances experienced by digital information technology, this makes social media much more vulnerable to the spread of intolerance, radicalism and terrorism which are constantly echoed by the propagandists of these radical groups.

Even the dissemination that they are trying to do is often not realized by millennials because they are very cleverly wrapped in religious languages, making it much easier for them to be able to recruit new members online. A very clear difference that occurs is to see the development experienced by the Al-Qaeda group when compared to ISIS.

The reason is that so far it is known that the development experienced by Al-Qaeda tends to be slower because their recruitment pattern is still using a very conventional method, which requires face-to-face meetings. As for the development of the ISIS group itself, they experienced a really massive and fast increase even to the point of being able to target various countries.

ISIS itself is able to gather a lot of sympathizers from all walks of life, all genders and ages including those of the millennial generation and also generation Z because they have more percentages to access social media and are more literate with advances in digital information technology so that they will continue to be easy targets. for the spread of the radical group.

Later, rumors continued to circulate that how these teenagers were even willing to fly all the way to Syria or Iraq just to be able to officially join ISIS. After being investigated, it turned out that they knew a lot of these radical organizations for the first time from social media on the internet.

Ironically, they don’t want to be called a terrorist at all, but they seem to ordain themselves as ‘mujahideen’ and keep trying to manipulate them by using religious terms and framing their teachings as if they were religious.

With all these facts, then the Head of the National Counter-Terrorism Agency (BNPT), Commissioner General of Police Boy Rafli Amar conveyed his message that it was indeed the spread of radical ideology promoted by extremist groups by utilizing digital technology and social media like a virus because of its spread ability. fast.

Therefore, the BNPT itself immediately seeks to cooperate with various parties such as religious organizations, religious leaders to universities to be able to face the challenge of the ‘virus’. Because indeed the war to be able to deal with the virus will absolutely not be able to be carried out if BNPT or the Special Detachment 88 Anti-terror (Densus 88), therefore it has become the responsibility of all parties.

It is known that BNPT collaborated with the Ministry of Home Affairs (Kemendagri) to carry out a National Preparedness Declaration and also held a national coordination meeting between the Terrorism Prevention Coordination Forum and the Community Early Awareness Forum. At the same time, a National Dialogue was held which was attended by many figures.

For information, the Declaration of National Preparedness is indeed an effort to carry out the mandate of Law (UU) Number 5 of 2018, which in general terms has become an obligation for the Government to continue to be able to eradicate criminal acts of terrorism. In National Preparedness, the Government will indeed try to use a terrorism prevention strategy by using a lot of assistance from all groups and community organizations to take an active role.

Furthermore, Boy Rafli Amar also emphasized that the main target that will continue to be monitored is the younger generation. According to him, they are a generational group that is very easy to be exposed to the ‘virus’ of radicalism. Data shows that there are around 202 million Indonesians or about 80 percent who have social media accounts, with around 60 percent of them being the younger generation, so they are very vulnerable to being exposed to incitement by radical groups through the internet.

With the dissemination of information on the internet, the ideology and self-identity of the Indonesian nation, namely Pancasila, are very threatened due to the existence of transnational ideologies. It is indeed a

Don’t Ignore Prokes, the Covid-19 Pandemic is Still On