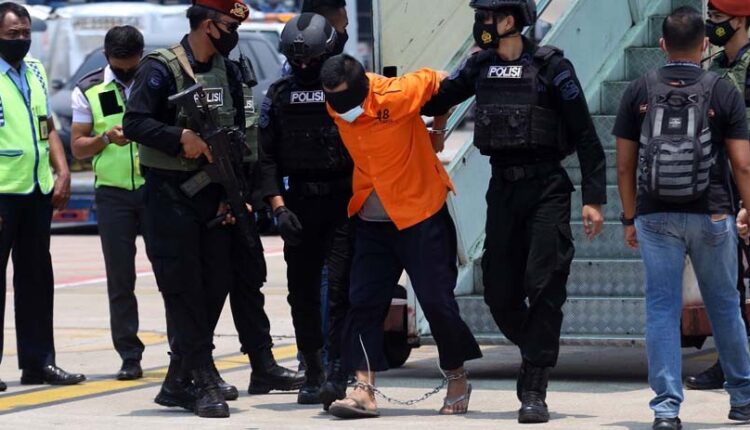 Radicalism and terrorism are real threats to the Indonesian nation. The community supports law enforcement against terrorists and radical organizations so that the integrity of the Unitary Republic of Indonesia can be maintained.

Radical mass organizations got hotter when they were disbanded by the government and are still active even though they have been banned and their logos are also forbidden. The government is indeed aggressively eradicating radicalism so as not to destroy Indonesia. Therefore all radical organizations are strictly prohibited. Radicalism and terrorism are indeed interrelated, therefore they are eradicated and the perpetrators also receive appropriate punishments.

The community supports law enforcement against terrorists and radical organizations. The reason is because they have violated the terrorism law, so it is natural to be imprisoned. Moreover, radical organizations also love to spread hoaxes and propaganda so as to disrupt the social system in society. They pitted against each other and provoked civilians to hate the government, so it was natural for the mass organization to be disbanded.

Radical organizations that have disbanded are not allowed to rise again under another name. Even if there is, it will never get permission from the Ministry of Law and Human Rights. The reason is because they are not proven to be loyal to the state and obedient to Pancasila and the 1945 Constitution. If they act secretly, they can also face punishment because their organization is illegal.

When there are former leaders of radical mass organizations who are exposed to cases, the community supports law enforcement. Like Munarman, who stumbled upon the Baiat case and was suspected of having links to an international terrorist network. So he was threatened with a sentence of 8 years in prison, which was read out at the East Jakarta District Court.

Munarman’s sentence is considered appropriate because according to the terrorism law, a suspect can receive a minimum sentence of 5 years in prison and a maximum of life in prison. Meanwhile, for suspects in serious cases such as bombings and assaults that cause other people to lose their lives, the maximum penalty is the death penalty. Although there has never been a suspect who was actually hit by the heaviest sentence.

Ulama KH Cholil Nafis stated, “The government must be supported to eradicate terrorism and assess that law and justice must be upheld in order to eradicate terrorism.” In a sense, law enforcement for terrorism and radicalism suspects must be carried out fairly in order to create justice. The reason is, they have taken many lives for the ambition of establishing a caliphate state.

Terrorism and radicalism must be eradicated and the public must also be educated. There are several things that can cause someone to face a prison sentence, including when they hide a terrorist suspect. They are also threatened with punishment because hiding suspects is the same as allowing terrorism to thrive in Indonesia.

When someone is punished for hiding a terrorist suspect or committing a criminal act of terrorism, it is because of his own fault that he violates the regulations in Indonesia. Don’t even defend them on the grounds of upholding human rights. It is precisely these terrorists who are violating human rights because they have the heart to take the lives of others.

Law enforcement against suspected terrorists and radicals must be carried out as high as possible, this is for a deterrent effect so that they do not repeat it. In addition, other terrorists who are still on the loose will also think about taking action for fear of being grabbed by the anti-terror Detachment 88 and then sentenced to prison.

The government is trying hard so that there is law enforcement against suspects in terrorism and radicalism cases. They should be imprisoned so as not to create chaos in society. Don’t even think of him as a hero, because terrorists are traitors to the nation.