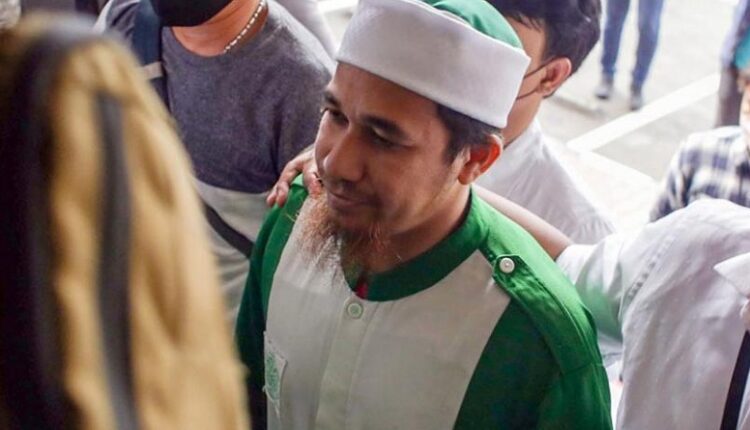 Sunday, May 29, 2022, the public was shocked because there was a convoy of vehicles campaigning for the caliphate in Indonesia. Then it was revealed that the perpetrator was a member of the Khilafatul Muslimin Ormas. The confession is very surprising because there are still mass organizations that are pro-caliphate, even though it is clearly forbidden in Indonesia.

Zakki added that there are not many branches of the Khilafatul Muslimin, but they must be wary of. The reason is because they are pro ISIS and Al-Qaeda and want to carry out terror and bombing. Indonesia is considered an infidel country, while its leader is a tagut. In a sense, the Khilafatul Muslimin is very dangerous because it can commit violence and harm the Indonesian people, so it must be monitored.

The leader of the Khilafatul Muslimin, Abdul Qadir Hasan Baraja, was indeed arrested on June 7, 2022, in Bandar Lampung. Likewise, the 22 leaders and members of the mass organizations have been arrested and made suspects. They are entangled in Articles 14 and 15 of Law Number 1 of 1946 concerning Criminal Law Regulations and Perppu (Regulation in Lieu of Legislation) Number 2 of 2017 concerning Ormas. The penalty is 15 years in prison.

The threat of punishment as severe as this deserves to be given because Baraja and other leaders of the Khilafatul Muslimin region violated the law. According to Perppu No. 2 of 2017, Ormas are strictly prohibited from taking hostile actions against SARA (ethnicity, religion, race, and between groups). Ormas are also not allowed to commit blasphemy against religions in Indonesia.

The Khilafatul Muslims are proven to be hostile to SARA because they insist on establishing a caliphate state, even though there are 6 beliefs that are recognized by the government. It is impossible to establish a caliphate government because there is only one belief that is recognized and becomes state law. In addition, the caliphate is forbidden because it violates Pancasila and the 1945 Constitution.

Although Baraja and other leaders of the Khilafatul Muslimin have been arrested, these organizations must still be monitored. Do not let the cadres still operate, considering there are 23 branch offices throughout Indonesia. These branch offices have been monitored by the BNPT (National Terrorist Countermeasures Agency).

Monitoring of branch offices must be carried out strictly. Do not let the members of the Khilafatul Muslimin secretly hold a meeting and then plan to take action as a form of revenge for the arrest of their leader. It could be revenge through violence, attacks, bombings, and other acts of terrorism. Before all these bad things happen, it is better to be monitored by the authorities.

Strict supervision must be carried out for the prevention of terrorism in Indonesia. In addition to monitoring around the Khilafatul Muslimin branch office, surveillance is also carried out in cyberspace. It is possible that coordination is done via chat applications and the spread of radicalism is held on social media. There needs to be cooperation with application and social media managers to prevent radicalism and terrorism in Indonesia.

The community fully supports the supervision of mass organizations supporting the caliphate in Indonesia. Supervision and law enforcement against radical groups are also considered appropriate in order to protect the public from dangerous ideologies while at the same time preventing sectarian conflicts that could lead to the division of Indonesia.

Appreciating the Sustainability of the Pre-Employment Card