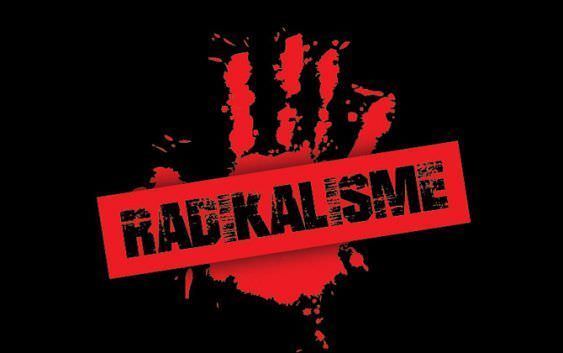 Radical ideology is a dangerous threat to the unity of the pluralistic Indonesian nation. The public must continue to be vigilant and participate in preventing the spread of radical ideas that can target all groups.

Peace in Indonesia has been disturbed several times by the acts of radical groups and terrorists who continue to try to destroy the order of this country, by destroying public facilities and carrying out bombings. Radical groups are also trying to spread their teachings, not only to the older generation but also to the young ones. The public must be vigilant, not to be trapped by radicalism.

The National Counter-Terrorism Agency established the NKRI Warung (Conscience Forum for Conscience to Promote the Unitary State of the Republic of Indonesia). The launch of this program was attended by the Chairman of the National Counter-Terrorism Agency (BNPT) Komjen Pol Boy Rafli Amar, Buapt Banyuwangi Ipuk Fiestiandani, and the Minister of State Apparatus Empowerment and Bureaucratic Reform, Tjahjo Kumolo.

Komjen Pol Boy Rafli Amar stated that the NKRI stall was a forum for friendship as well as to raise the values ​​of tolerance, unity, and mutual cooperation. Warung NKRI involves all elements of the nation and society. Radicalism that already exists in cyberspace needs to be opposed with the teachings of tolerance, messages of peace, unity, and love for the nation.

In a sense, the spread of radicalism in society, both in the real world and in cyberspace, needs to be cut down with the teachings of tolerance that are obtained at Warung NKRI. Later people will get an understanding of the importance of tolerance. Moreover, Indonesian society consists of different tribes, cultures, and beliefs, so tolerance is the key to creating peace.

If people are tolerant then they will respect each other and not exaggerate differences, because it should not be contradicted but allowed to go hand in hand. They will understand that the teachings of radicals are wrong because they have no sense of tolerance at all and even always resort to violence, such as bombing, even though it is against the law and conscience.

Overcoming radicalism in the community must be done as soon as possible because if it continues it will be dangerous. If this understanding spreads, the younger generation can be recruited to become new cadres, even children are also invited to hate other parties who are opposite and love radicalism. The danger is that the future of this nation could be at stake and Indonesia should not be crushed.

The spread of radicalism also needs cooperation because the government and BNPT cannot work alone. However, the public also needs to eradicate this heretical teaching, and warn if anyone spreads hoaxes about radicalism. In this way, at least we can prevent propaganda from radical groups that poison people’s minds.

In addition, the public can also report to the social media manager when an account is indicated to belong to a radical group, because usually they spread hoaxes and incitement on social media. If it is difficult to sue on the grounds of violating the ITE Law, then the easiest way is to press the ‘report’ button and if it is done a lot, the account can disappear from circulation.

The public must be aware of radicalism in their environment and should not ignore it. If you have children who live in boarding houses, they must also be monitored so that they do not go the wrong way and eventually become radical cadres. Each child is taught to understand the values ​​of Pancasila and have a high sense of nationalism, as well as anti-radicalism.

Radicalism is very dangerous because it can destroy Indonesia’s future. Therefore, the public is expected to be aware of this understanding so that it does not spread, both in the real world and the virtual world. There needs to be cooperation between BNPT and the community so that radicalism is quickly stopped.