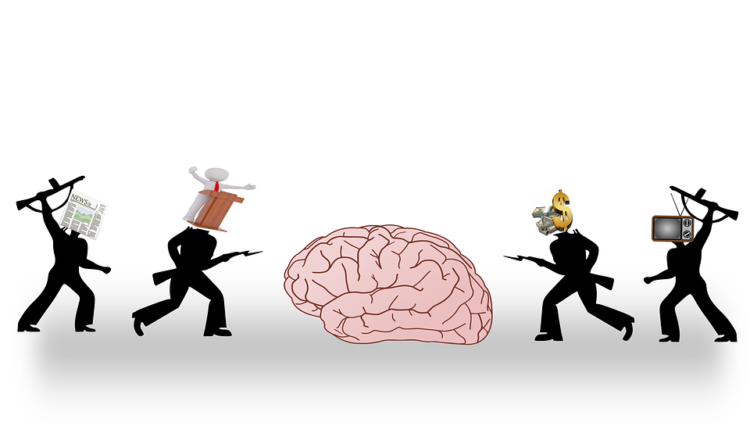 The younger generation must have a series of forms of resilience or resistance to the dangers of radicalism. Do not let these teachings spread widely because they are easy targets and targets for doctrine.

Radicalism is indeed something that is very dangerous, the article has the potential to create instability and also disrupt the sense of unity and unity so that peace that occurs in a country will also be threatened. How not, radicalism itself is very synonymous with excessive fanaticism, namely when a group of people think that the teachings they hold are the most correct and view other groups as being automatically wrong and misguided.

When a person or a group has been indoctrinated with radical understanding, then it will be easy for him to blame others when others do not have an understanding with him, including also never paying attention if there is a difference of opinion.

Usually this radicalism begins when there is a different interpretation of an understanding or scripture. But the difference is held very firmly and people who have embraced radicalism will defend it with blind fanaticism. Even though it cannot be denied that living side by side with other people will definitely be found in many differences.

Starting from having the most correct thoughts on their own, suddenly this radicalism will also lead to other things such as separatism to terrorism, namely when a group judges that another group is deviant so it is very important to change it even by all means, including ignoring the values. -human values.

Another problem that occurs is that many radical groups will continue to try to maintain their existence by regenerating, so they will continue to seek and recruit new members. This recruitment will often target the younger generation and also take advantage of advances in digital technology which is now very widely used by young people.

Indeed, the younger generation is very vulnerable to being infiltrated by radical teachings from these groups because of their immature emotions and also their tendency when they were young, namely in the process of searching for identity. So it is as if a radical group will come to them and offer a coveted view.

To be able to create resilience or resilience to the teachings of radical groups, the younger generation must really be aware and start to improve. Regarding this, the National Counter-Terrorism Agency (BNPT) has signed a memorandum of understanding with the Indonesian Youth National Committee (KNPI) so that counter-terrorism movements and radicalism can be much more optimal in Indonesia, especially for the younger generation.

The head of BNPT RI, Komjen Pol Boy Rafli Amar stated that this form of cooperation would be an educational effort for all young people to overcome threats and dangers related to the movement of radical and terrorist groups to continue to spread their teachings in the community.

However, according to him, overcoming it will be much better, than later the teachings of radical groups have already spread in the community. So before all this happens, it is necessary to immediately form a very strong resilience effort so that it is embedded in the mindset of the youth. Moreover, with the coordination carried out in order to be able to further increase the socialization of the noble values ​​of the nation and also build more love for the Republic of Indonesia.

Komjen Pol Boy also emphasized that KNPI itself is an important element of the nation for young people, because they are expected to be able to become leading leaders in the sector of building the spirit and love of the Republic of Indonesia for the youth. Furthermore, he also hopes that KNPI can be more pro-active in inviting all youth in the country to face the threats and potentials of intolerance, radicalism and terrorism movements because they are not at all in accordance with the identity of this nation.

Meanwhile, Chairman of the DPP KNPI Haris Pertama said that through this collaboration, it is hoped that together we can counteract intolerance, radicalism and terrorism so that Indonesia, including the younger generation, is able to be free from deviant understandings. He hopes that a very good synergy will be created and built together in order to further strengthen the resilience of radical understanding.

On another occasion, the President of the Republic of Indonesia, Joko Widodo, gave a clear warning about the threats and dangers of radicalism, especially in educational institutions. According to him, all campus leaders must really be able to actively supervise all kinds of activities, right?