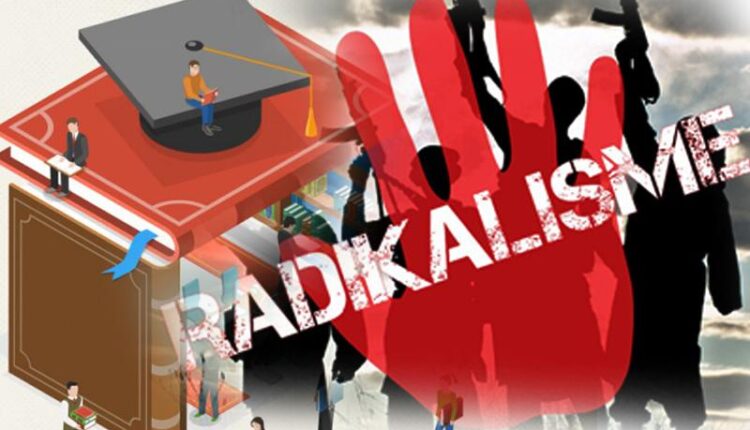 The Young Generation Must Resist Radicalism

The young generation is one of the most important elements to be able to counteract all radical ideas, because so far they are still an easy target to be bombarded by a lot of propaganda from radical groups.

Radicalism is indeed an understanding that is very dangerous for the integrity of the Unitary State of the Republic of Indonesia (NKRI). Regarding how dangerous it is, one of the former leaders of the Jamaah Islamiyah (JI) Chairman of the third Mantiqi in the Southeast Asia region, Nasir Abbas even stated that this understanding of radicalism would eventually lead to acts of terrorism.

Nasir also added that it turns out that so far radical groups will always try to propagate their teachings to attract many sympathizers in disguised ways, namely by using doctrines wrapped in the holy verses of the Qur’an and playing issues from hardline Islam. .

Not only is it dangerous because it will lead to acts of terrorism, but it turns out that the spread of radicalism is sometimes not easily realized if the target has really fallen into the trap of radical groups and has been brainwashed using their doctrines.

The target or sympathizer will feel as if they are defending religion and are on the right path, so there will be absolutely no sense of remorse or realize that what they have done is wrong. They will constantly seek justification by using verses or hadiths as if their movements were correct.

Nasir hopes that all Indonesian people in the future can be much more sensitive about issues that smell like calls for radicalism. The understanding of Pancasila as the basis of the state must really continue to be strongly echoed so that people can distinguish what kind of understanding is contrary to the noble ideals of the founding fathers of the Nation.

It is very important to continue to be socialized to the younger generation because they are the next generation of the Nation who will continue the relay of leadership of this country. Imagine how, for example, when many young Indonesians are exposed to radicalism, it is not impossible that the integrity of the Unitary State of the Republic of Indonesia will be greatly shaken later.

Especially with the attitude and nature of the younger generation themselves who tend to have a very high curiosity and curiosity. In the process of finding their identity, it is not impossible that they will continue to open their horizons and learn a lot from anywhere, especially in this day and age when all information is very easy to obtain only through the internet and social media.

The propagandists of radical groups certainly understand this and it is also reported that not a few of them have begun to spread radical ideas through the internet and social media with the target of targeting the younger generation who are not yet stable.

Presidential Chief of Staff Moeldoko also emphasized the same thing, that the role of religious teachers in schools is also very important to be able to prevent the spread of radicalism to the younger generation, especially through educational institutions such as schools.

Moeldoko gave this appeal because following the publication of several survey results which turned out to show that the younger generation, especially students, were very vulnerable to being exposed to radical ideas and also participating in intolerant actions. Therefore, he also reaffirmed that religious education should not be trapped only on doctrines and symbols that are normative in nature. But of course, you must also understand how the substance of religion brings universal goodness to all mankind.

The teachings of tolerance, morality and character, kindness to honesty must continue to be echoed either by parents or by teachers to the younger generation. Because at least after echoing this, the child’s growth and development will later become much more open to ideological issues as well as religious commitment.

The younger generation becomes a very easy target for the withdrawal of sympathizers of radical groups because of their innocence. Therefore, attention should not be given up and an invitation to be able to distinguish between understandings that are in accordance with Pancasila and which understandings are completely contrary to Pancasila must at least be understood by them.

Not only that, if these young people have a high awareness of being able to reject the teachings or doctrines of radical groups, then it will be able to block efforts to spread their networks. With the active role of the younger generation, the spread of radicalism can be maximally prevented.