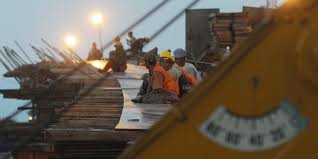 The government continues to encourage infrastructure development in Papua as a form of equitable development. This policy needs appreciation from all parties as the government’s commitment to advancing Papua.

The government through the Ministry of Public Works and Public Housing (PUPR), will continue to realize the vision and mission of President Jokowi to be able to truly distribute development in Indonesia. This is also a policy that is very different when compared to other leadership eras in Indonesia, which seem to have not implemented the principle of equitable development even to remote areas, including the provinces of Papua and West Papua.

The commitment carried out by the government is really serious to continue to advance all existing infrastructure in Papua, because the main goal is to be able to reduce the high poverty rate there, including reducing the price index, the article in Bumi Cenderawasih is still famous when you want to buy something at a price. immediately skyrocketed tremendously when compared to other regions because of expensive shipping costs.

The answer to this problem lies in the fact that the infrastructure is still inadequate there. Therefore, equitable distribution of infrastructure development must really occur in all regions in the archipelago. The PUPR infrastructure development budget that has been budgeted for the Papua Province itself is IDR 6.12 trillion for the natural resources sector of IDR 670 billion, roads and bridges of IDR 4.46 trillion, settlements of IDR 650 billion and housing of IDR 330 billion. Meanwhile, in West Papua Province, Rp 3.67 trillion is used for the natural resources sector, Rp 600 billion, Rp 2.54 trillion for roads and bridges, Rp 320 billion for settlements and Rp 200 billion for housing.

Not only that, but the Ministry of PUPR will actually create reliable infrastructure in Papua. Minister Basuki stated that to be able to answer some of the challenges that exist in Papua and West Papua, his party is committed to carrying out four programs.

First, equitable development to improve the welfare of the community. According to him, this will be achieved if there has been an openness to the isolation of the region and there is an increase in access and connectivity. Second, affirmative support for improving the human resources (HR) of the Papuan people. Third, the implementation of the Cash Intensive Program (PKT). Fourth, the fulfillment of basic needs and services with the support of PUPR infrastructure.

On the other hand, the government will also continue to strive to improve the competitiveness of Micro, Small and Medium Enterprises (MSMEs) products in Papua because they have a lot of potential. The Minister of Communication and Information (Menkominfo), Johnny G. Plate hopes that some of the superior products of Papuan SMEs can be promoted as widely as possible, such as in the fields of fashion, culinary and crafts.

So, in order to truly achieve success in the promotion of MSMEs in Papua, the Ministry of Communication and Informatics itself will also continue to aggressively build digital infrastructure and also provide support for the development of the digital ecosystem on Earth of Cendrawasih. The development of digital infrastructure is carried out through several things, namely fiber optics, microwave links, fiber links, satellites, base transceiver stations, internet access in all regions including Papua.

The Minister of Communication and Information revealed, through the Public Service Agency (BLU) BAKTI, Kominfo has built 1,591 BTS in 2021 and this year will build 406 BTS. It’s not enough to get there, but Minister Johnny also added that his party has built internet access that will be directly connected to the athletes and spread over 1,702 public service points consisting of educational facilities, local government facilities, health facilities, and other government services in Indonesia. Land of Papua and West Papua.

Meanwhile, the Papuan Provincial Government itself will also continue to encourage coordination and collaboration with the Central Government, Ministries and related institutions to be carried out properly in order to immediately accelerate the development of basic infrastructure in Papua.

Assistant for the Economy and People’s Welfare of the Papua Regional Secretariat Muhammad Musa’ad stated that the source of funds was used for several things including transportation, electrical energy, communication and sanitation sourced from the APBN. According to him, the main focus in achieving the successful goal of a development is indeed the synergy of all related parties so that it can be carried out very effectively so that there is no overlap and development will actually occur evenly.

Musa’ad added that if the synergy and coordination of the various related parties had been carried out very well, then the changes that occurred in Papua for better progress would also occur more quickly so that the ideals desired by all parties could be achieved.