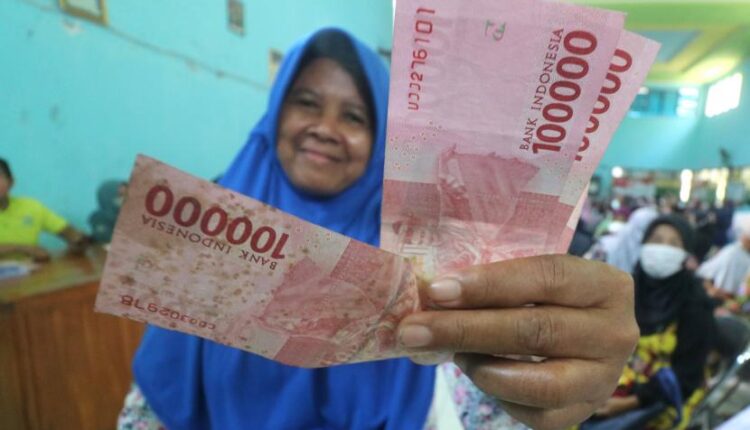 The continuation of the distribution of the second phase of Tunan Direct Assistance (BLT BBM) as a government strategy in order to mitigate the impact of fuel price adjustments has been confirmed to be distributed to the community. This deserves the highest appreciation because it proves clearly that the government is indeed present in the community.

The government ensures that the phase II of the fuel blt will begin to be distributed in November 2022. BLT BBM is given for two stages with an amount of RP 300 thousand each distribution. Distribution has been carried out during September, and will continue in November 2022.

As is known that the distribution of fuel BLT carried out by the government is indeed a form of strategy from the reallocation of the state budget rather than having to continue to provide fuel (energy) subsidies, because the world oil price continues to soar, besides that the subsidy in the field is not on target because around 70 percent of it is actually enjoyed by the capable people.

Therefore, the government has another strategy, which is to adjust fuel prices so that the state budget is not too burdened, but the remaining funds are used to provide various social cushions to vulnerable communities, to ensure that assistance will only target those in need, so that it upholds the principle of justice.

President Joko Widodo (Jokowi) during a working visit to Bandung, West Java had checked the distribution of BLT BBM directly. Based on Jokowi’s record, the distribution of BLT phase I will soon be completed. He ensured that the community would again receive social assistance (bansos) in the form of direct cash assistance for fuel oil (BLT BBM) phase 2 at the end of November 2022.

With this guarantee, it means showing that the government is indeed present in the midst of the people to be able to answer all the grievances of the community, especially those who are vulnerable groups. The fuel price adjustment policy that has been set is impossible to simply leave without efforts to mitigate its impact.

At least the estimate of the second volume of fuel blt that will be distributed to the public according to Jokowi is around the end of November or early December 2022. In addition, he previously admitted that indeed in the distribution of the first phase of BLT BBM, the community has received an amount of Rp. 300 thousand, then later in the second volume will also get the same amount.

In addition to aiming to help affected communities in the context of distributing the state budget based on the principle of justice, but on the other hand, the government also continues to strive to maintain their purchasing power so that the threat of rising inflation does not occur in Indonesia, so that national fiscal resilience is still maintained.

On this occasion, President Jokowi also threw a signal that he would increase the amount of social assistance (bansos) for the family hope program (PKH) to the community. According to him, if for example the state budget is still in sufficient condition, then it is not impossible that the government will again provide other assistance to the community as an effort to mitigate the impact of fuel price adjustments.

Basic food aid is given to 18.8 million beneficiary families (KPM) every month. The nominal is IDR 200 thousand per month per KPM. As of January-September, IDR 33.41 trillion has been realized from the IDR 45.12 trillion budget provided in 2022. Meanwhile, PKH social aid programs target 10 million KPM with a total budget of IDR 28.71 trillion. The realization until the third quarter of 2022 was IDR 21.33 trillion.

Isa Rachmatarwata added that the phase 1 fuel blt has been distributed to 20.65 million KPM and has been realized for two months (September-October) amounting to IDR 300,000 per KPM to 20.65 million KPM worth IDR 6.2 trillion or 50 percent. In addition to getting a fuel BLT of IDR 300 thousand, the community also received Non-Cash Food Assistance (BPNT) of IDR 200 thousand. If totaled, the community gets IDR 500 thousand.

So that the assistance provided is right on target, Pos Indonesia is used as a hand connection. With the existence of the fuel blt, the public is expected to be able to bear the heavy burden due to the adjustment of fuel prices. The Head of the Task Force (Satgas) for the Distribution of FUEL BLT Funds of PT Pos Indonesia (Persero), Hendra Sari explained, ahead of the distribution of blt BBM phase II, his party has prepared various strategies so that the distribution runs quickly, precisely, efficiently, and accountably.

The strategy to make the distribution of BLT BBM a success is to gather task forces in provinces and districts or cities. This task force became a place to coordinate to the very end.

All efforts are being made by the government, especially mitigating the impact of fuel price adjustments after the policy was inaugurated in early September. The government proves its presence in the community, especially vulnerable groups by continuing to provide a lot of social cushion. In fact, the assistance will also be extended, including the certainty of the distribution of the second volume of BLT BBM to the community who deserve the highest appreciation.