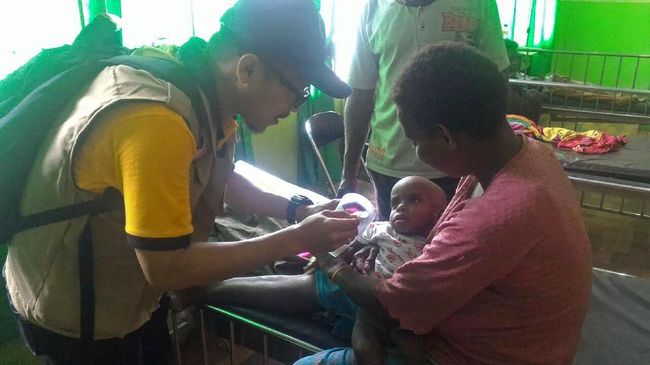 The government continues to improve access to health for the community, especially for pregnant women who will give birth with the Jampersal program (birth insurance). The policies that have been stated in the Presidential Instruction need to be widely appreciated as a form of the state’s presence in society.

Pregnancy and childbirth are the nature of every adult woman. But unfortunately, the cost of giving birth is increasing every year. Currently, to give birth at the midwife’s clinic alone, it costs 3 million rupiah, not to mention other costs such as post-delivery checks, buying drugs and vitamins, etc. If the delivery is by cesarean section, the cost can jump from tens to tens of millions of rupiah.

The high cost of childbirth is certainly confusing for residents whose salaries are below the Regional Minimum Wage (UMR). Therefore, when there is a Jampersal program from the government, they really appreciate it. President Jokowi ordered that all deliveries of underprivileged pregnant women be financed by the state.

President Jokowi’s order is contained in the Presidential Instruction of the Republic of Indonesia (Inpres) Number 5 of 2022 concerning Increasing Access to Health Services for Pregnant, Maternity, Postpartum, and Newborn Mothers through the Maternity Insurance Program. Increased access to services for pregnant women, maternity, and their babies is adjusted to the benefits in the National Health Insurance program.

With the Presidential Instruction Number 5 of 2022, it is hoped that it can improve access to health services for pregnant women, childbirth, postpartum, and newborns, as well as reduce maternal mortality (as well as their babies). After this program exists, the poor who do not have health insurance (private insurance) can be helped when they are about to give birth.

President Jokowi also instructed a number of ministers so that the Jampersal program would be 100% successful. Among them, the Coordinating Minister for Development, Human and Culture, Prof. Muhadjir Effendy, Minister of Health, Budi Gunadi Sadikin. Also to the Minister of Home Affairs Muhammad Tito Karnavian and the Minister of Social Affairs Tri Rismaharini. Regional heads and BPJS Health directors are also obliged to make it a success.

The community fully appreciates the Jampersal program because they can give birth for free. The poor need not be afraid of the cost of giving birth because it is already borne by the state. The government actually implements the 1945 Constitution Article 34 paragraph 1 which contains: the poor and neglected children are financed by the state.

Moreover, President Jokowi ordered several ministers and all regional heads to make Jampersal program a success. This means that there should not be any mother giving birth in all of Indonesia who has difficulty with the cost, because she can use Jampersal. This program has been guaranteed by the government so that no class III hospital should refuse it.

During the pandemic, more and more citizens have their finances shaken. If there is Jampersal assistance from the government, the poor can be helped because they don’t have to worry about the higher costs of giving birth. Moreover, Jampersal is not only for mothers who gave birth normally, but also for those who have to give birth via caesarean section.

Jampersal can be used not only in Puskesmas, but also in Class III Hospitals that have collaborated with the local government. That way, pregnant women can choose to give birth at which health center is closest to their home. They will give birth quickly and safely because they can be helped by midwives and health workers at the nearest hospital.

The many choices of locations for giving birth with Jampersal also shorten the queue, so that mothers who are about to give birth can be helped immediately. The government is thinking of ways so that pregnant women can give birth comfortably and quickly, because if Jampersal can only be used at the Puskesmas, the queue will quickly fill up. Mothers who are about to give birth must be helped immediately, so that she and her baby are safe.

Jampersal is in great demand by the community because of its many benefits. In addition to reducing maternal and infant mortality, Jampersal can also be used for mothers who are giving birth. They can get vitamins and medicines to make them physically stronger post-delivery.

In addition, underprivileged communities who have given birth can also install family planning through the Jampersal program. The family planning options also vary, ranging from spirals, pills, to injections. That way it will also succeed in the government’s program, namely two children are enough. If the installation of family planning is made easier, it is also in accordance with President Jokowi’s instructions, namely the distance between children is at least 3 years, for the health of mothers and children.

To have Jampersal, the poor can prepare documents including: photocopy of Identity Card (KTP), photocopy of Family Card (KK), Certificate of Disability (SKTM), cover letter from the Puskesmas or referral hospital. Taking care of it can also be accompanied by Posyandu Cadres (Post Services