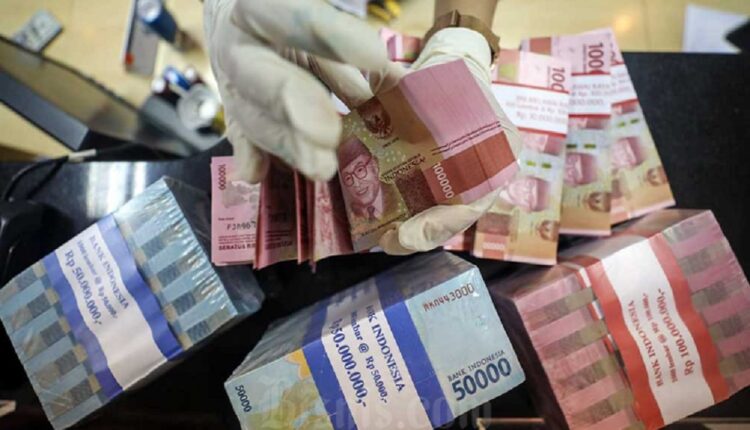 Based on data from the Central Statistics Agency (BPS), the Consumer Price Index (CPI), annual inflation in September 2022 reached 5.95 percent (year-on-year/yoy), higher than inflation in the previous month of 4.69 percent ( yo). Last month, inflation was recorded at 1.17 percent (mtm) after experiencing deflation of 0.21 percent (mtm).

Head of the Communications Department of Bank Indonesia, Erwin Haryono, said that inflation stemmed from an increase in administered prices, amid a decline in core inflation and deflation in the volatile foods category. Bank Indonesia warns that CPI inflationary pressure is expected to increase, due to the second round effect of the adjustment of subsidized fuel prices. The price increase could occur in line with the strengthening of inflationary pressure from the demand side and the still high global energy and food prices.

Indonesia’s inflation record is relatively better when compared to a number of other countries which have recently recorded worrying inflation. For example, Argentina reports inflation at 83.5 percent with an interest rate increase of 3,700 basis points (bps). President Jokowi underlined that domestic inflation in Indonesia is in the range of 5.9 percent with interest rates at 75 bps. This means that the national monetary position is still in a controlled position.

On the other hand, the president also asked the public together with relevant stakeholders to remain vigilant with the current macroeconomic achievements. The reason is because a number of countries have reported serious economic difficulties due to fears of the current recession.

In order to prevent inflation in Indonesia, President Jokowi has distributed BSU to workers in several areas who earn a maximum of IDR 3.5 million per month easily, quickly, and on target. Of the 14.6 million BSU that will be given, up to now, 65.6 percent of the total amounted to 8.4 million has been achieved.

Minister of Social Affairs (Mensos), Tri Rismaharini, said that he had submitted all data on BLT BBM beneficiaries to PT. Indonesian post. However, there are some areas, especially in mountainous areas such as in Papua and West Papua, for which the data are incomplete. To that end, the Ministry of Social Affairs (Kemensos) will cooperate with the Directorate General (DG) of Population and Civil Registration (Dukcapil) of the Ministry of Home Affairs to conduct recording and distribution, especially in areas that are difficult to access.

The Minister of Social Affairs also said that his party had received an additional budget of more than Rp. 400 billion from the Ministry of Finance which would be used as social assistance for orphans with a target of 946,863 recipients. The funds will be used in December.

The government in the past month has distributed BLT BBM amounting to Rp. 600 thousand as compensation for the increase in fuel prices to workers. In addition, the government will also provide BLT to public transportation, online motorcycle taxis, to micro, small and medium enterprises (MSMEs) in the amount of IDR 1.2 million, referring to the Minister of Finance Regulation (PMK) 134/2022. The regulation relates to mandatory spending in the context of handling the impact of inflation for the 2022 fiscal year which was signed by the Minister of Finance, Sri Mulyani Indrawati, S.E., M.Sc., Ph.D. on 05 September 2022.

Head of the Banten Representative Office of Bank Indonesia, Imaduddin Sahabat during a Capacity Building activity in Yogyakarta, said that BLT from the Government is useful for controlling inflation so that prices for daily necessities do not rise too high if they are on target, especially for transportation commodities. Imaduddin added that the finance ministry and Bank Indonesia will continue to work together to suppress inflation. This was successfully appreciated by Jokowi, who considered that BLT was right on target.

This assistance program is part of Jokowi’s instructions which mandated local governments to channel 2% of general transfer funds (DAU) worth Rp 2.17 trillion for public transportation assistance, online motorcycle taxis, fishermen, and MSMEs. There are ten provinces that have succeeded in controlling inflation and received regional incentive funds (DID) of Rp. 10 billion more, one of which is Banten province, which is Rp. 10.37 billion.

The provincial government (Pemprov) of Banten became the first region to distribute BLT on the transfer of fuel subsidies on the Cikande UPTD Samsat page on September 9, 2022, sourced from the Regional Revenue and Expenditure Budget (APBD) of Rp. 45 billion. The total number of Beneficiary Families (KPM) that will be distributed from the Banten Provincial Government Budget is 75,613 KPM. The Executive Director of Core Indonesia, Mohammad Faisal, said that BSU would be effective if the government adjusted three aspects which were expected to help workers who were affected by the increase in fuel prices which affected food prices and workers’ purchasing power. The first is the amount of the BSU, the second is the speed in terms of the time it receives it, and the third is the coverage of how much this BSU reaches its target.

The General Chairperson of the Nahdlatul Ulama (PBNU) Executive Board, KH Yahya Cholil Staquf said, the granting of BLT and BSU was an effort by the Government to maintain greater interests, both related to fiscal stability in the State Revenue and Expenditure Budget (APBN) as well as improving the distribution of subsidies to be more precise. target.

The government has improved the distribution system of social assistance so that it is truly effective and on target. Likewise, inflation risk will be managed with a mix of policies in the APBN that will ensure the availability of goods, the effectiveness of economic stimulus for the lower classes, and the use of various budget items that will strengthen this effort.

)* The author is an economic observer from FEB Sebelas Maret University