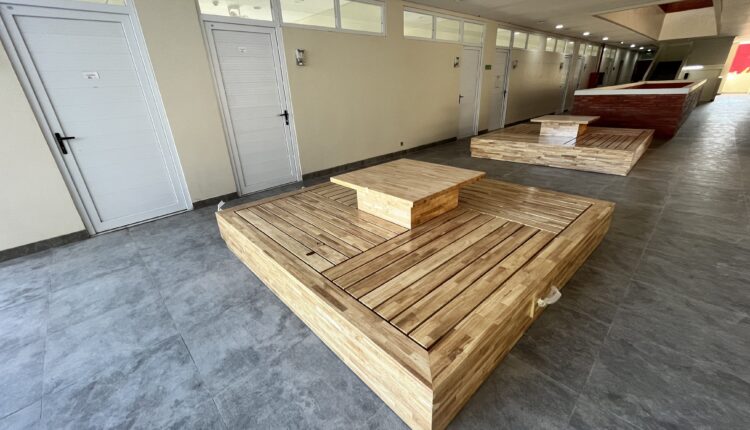 The Nusantara Student Dormitory (AMN) which was built by the Government through the Ministry of Public Works and Public Housing (PUPR) greatly facilitates all students from all over Indonesia to continue to develop their innovative space, because this is very much needed to answer various world challenges going forward.

As a student, of course, you must be able to project and be ready to face various kinds of situations, especially in uncertain conditions like today. Recently, the world has been hit by many threats of crisis, so that the young generation of intellectuals (students) will be expected to have a role, so that they can contribute to world development.

Therefore, with the existence of AMN, in fact it is not just a residence. But it is also a concrete effort that has been made by the government, namely in terms of providing facilities so that students are able to carry out various kinds of discussions that build their character as future leaders of this nation.

BIN and the Ministry of Education and Culture will work together in the management and guidance that will be carried out at AMN. BIN, which is currently led by Police General (Purn) Prof. Dr. Budi Gunawan, SH, M.Sc. is a non-ministerial government agency tasked with carrying out government functions in the intelligence sector.

Regarding coaching, BIN has a program to provide guidance on several student activities at AMN. The aim is to increase competence and understanding of nationalism, citizenship, Pancasila student character, state defense, entrepreneurship, leadership, and pioneering.

This is the basis for BIN to foster student residents of AMN in Surabaya. AMN Surabaya is also used for organizing activities to prevent the spread of radicalism. BIN is expected to be able to internalize the values of tolerance to all students living in AMN. This is one form of BIN’s presence as a representative of the Government to ensure that all students and academic groups are not easily joined by radicalism.

The guidance carried out by BIN and the Ministry of Education and Culture at AMN Surabaya is considered very effective, in order to prevent the younger generation from spreading the teachings of radical groups to maintain the integrity of the Unitary State of the Republic of Indonesia.

For this reason, prevention of the spread of radical teachings from certain groups and groups is indeed the focus and continues to be monitored by all parties. The main thing is not to let this actually damage the minds of the next generation of young people such as students.