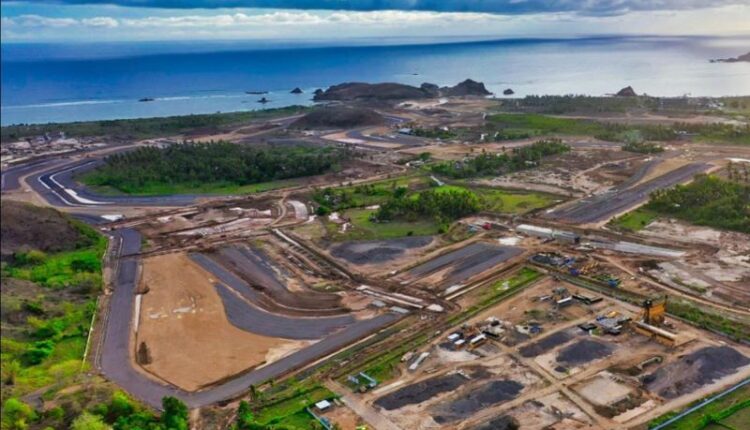 The MotoGP implementation series has been implemented since a few days ago. The public also enthusiastically welcomed the implementation of the event because it is a prestigious world event that is the pride of the Indonesian people.

Motorcycle racing is one of the favorite shows of the Indonesian people, apart from football matches. They are very enthusiastic and champion their favorite racer. Like a dream come true, the implementation of MotoPp can finally be held in Indonesia. How proud the community is for being chosen to host an international motorcycle race.

The public is very enthusiastic in welcoming the opening of MotoGP. In the second series of a series of races around the world, the racers are ready to present their best in order to become the winner. The people of Indonesia are happier because since March 16, 2022, the racers have arrived in this country to make preparations.

At the opening of the MotoGP race on March 18, 2022, the public was enthusiastic to watch it on television or streaming the internet. They are both happy and proud because Indonesia is one of the places for international races. This performance will of course be an event to promote Indonesia internationally.

Meanwhile, other people with deep pockets have flown to West Nusa Tenggara to watch live at the Mandalika Circuit. The Minister of Tourism and Creative Economy Sandiaga Uno stated, “There have been 60,000 Moto GP race tickets that have been sold out. Public interest is very high and the committee plans to provide another 1,000 tickets.”

The sale of MotoGP tickets signifies the great enthusiasm of the community, because they can watch Marc Marquez and other racers live. They don’t have to fly to the Sepang Circuit, Malaysia or Qatar to watch motorcycle races. There was even a group of fans who bought tickets directly in 1 part of the stands so they could watch more clearly.

Minister Sandiaga Uno continued, “For people with NTB ID cards, there is a 70% discount.” Of course, this big discount will increase the public’s interest, especially around the Mandalika Circuit and Lombok Island. When else can you watch international level motorcycle races with affordable ticket prices?

Lodging around the Mandalika Circuit has also started to get crowded and the existence of MotoGP has really revived the tourism sector which had been shaken due to the effects of the pandemic, because hotel occupancy rates rose dramatically. The hotel is inhabited not only by foreign tourists but also local tourists who are enthusiastic about this race.

In addition to the opening at the Mandalika Circuit, NTB, the public was also enthusiastic when the racers had an audience with President Jokowi and then made a convoy from the Merdeka Palace to the HI Roundabout area. Those who can’t fly to Lombok are still happy to see their idol racer in Jakarta. Moreover, the racers also ride their favorite motorbikes.

People watched the racers around JL MH Thamrin and they were very happy because they could watch Marc Marquez to Vinales without having to sit in the stands. Even though they can only watch at a glance and from a close distance, it has cured their longing. The officers are also guarding the surroundings to keep the situation conducive.

The enthusiasm of the community indicates the success of the Moto GP at the Mandalika Circuit, NTB. This race must be successful because Indonesia’s big name is at stake. When the community is enthusiastic, the residents of NTB will also benefit because their tourism sector is reviving and recovering from the blows of the pandemic.