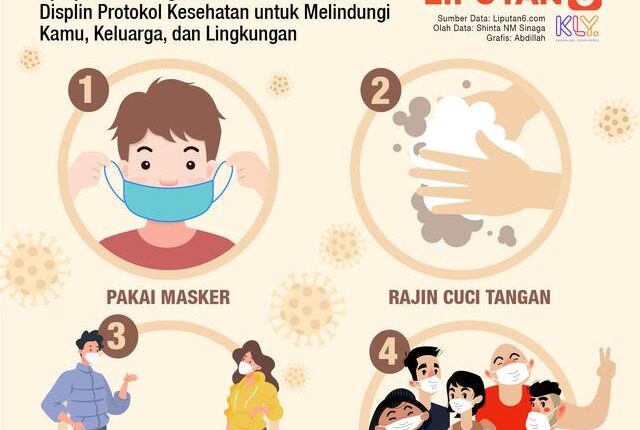 Covid 19 is a scourge for extraordinary people. In fact, therefore, the dynamics of life also plummet including the dynamics of the economy, health, education and tourism. It was truly corona to be a shocking and frightening discourse. The public is also advised to remain disciplined in order to speed up the handling of Covid-19.

A da new hope that emerged with the agreement New Normal. The desire is not to be separated from corona disease according to the original meaning, but rather to live in “peace” or side by side with it.

I do not know whether this could be a momentum that will restore the cheers of the nation because it is free from a pandemic, or the dynamics actually getting worse because the “attack” curve covid 19 is also not sloping.

There is an argument that states that all children of the nation can make peace with Covid 19 as long as they have the desire to live with high discipline. One of them is social discipline disciplined or otherwise.

Looking at the arguments above, it should be appropriate to live properly in the New Normal period as a choice of the citizens themselves. They want to live well with corona or fall into the next victims.

Descriptions of this kind which certainly cannot be accepted without debate, when reality speaks, if there are still many people who are not disciplined in imple- menting the techniques to prevent corona.

It would be too naive if the term “everything can be originated from business” should be forced into an accidental culture and society. Moreover, this is a matter of disease that is not limited to the rhetoric paradigm but there is a fact of “murder” that is being targeted.

Yet to make people discipline in living a life that is queued free, it has been promoted since decades ago. But the results are still below the desired statistical value .

Now comes another horror sentence that attacks the public if it is not disciplined, the viral New Normal can backfire. Reflection due to anger because the community is also not aware that the disease is behind their door a.

This argument can be refuted by the grassroots community, which they only know is making a living. While the mumet explanation related to physical distancing does not become their land because it is already antipathic to the existing scientific values .

Such people naturally have an alibi to keep on their activities without taking any precautions. But will the horror story be attributed to him as a human being?

It takes an umbrella of overall idealism to awaken the nation’s children to protect each other and even fight diseases with the same weapon, which is discipline. If it is finally applied wholeheartedly, it’s better out of speed or out of the way.

Let’s discipline in the middle of the family is one sentence that can be effectual let alone delivered with the class rhetoric of “the prophet” that is riveting and pervasive. A diction that seems relative to “Indonesian ” but is at least more polite and decisive.

If the community is able to protect their families by becoming a disciplined and skilled person, the automatic circumference of the area afterwards such as RT, Village, Regency and even the nation will also be protected by a more colorful disciplined life.

This conception which if served can be a momentum of success from the desire to “make peace” with Corona via a feature called New Normal. There is no need to defeat Corona but the pandemic is withdrawing because no more people enter the zone of attack.

Because of that basis, through this opinion let’s discipline ourselves not outside the home but inside the house. Trasker training while watching television and diligently washing hands after eating and drinking.

Put the new atmosphere above as New Normal on the smallest scale. Don’t forget to live outside the home comfortably. Because truly humans need fresh air whatever the natural status that shelter.

) * The author is a social political observer