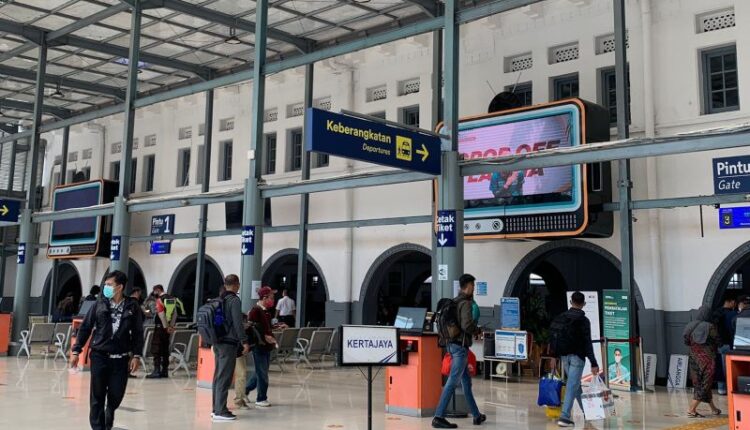 The enthusiasm of the community to take part in the 2022 Lebaran homecoming is quite high, so it is predicted that it will cause long traffic jams. The Ministry of Transportation also appealed to travelers to travel early to avoid the peak of the homecoming flow.

Minister of Transportation Budi Karya Sumadi provides a solution for all Indonesian people who want to go home but are afraid of extraordinary traffic jams. He said that people could choose to go home much earlier and not close to Eid al-Fitr in order to be able to avoid the accumulation of vehicle traffic. Of course, the concern that Minister Budi has is not without reason. Because in 2022, data shows that the number of homecomers will increase by 40 percent since 2019.

It was said by Dwimawan Heru as Corporate Communication & Communication Development Group Head of PT Jasamarga that there would be around 85 million people going home for Lebaran this year. Furthermore, from the data, about 45 percent of them are land travel agents with an estimated number of vehicles reaching around 2.6 million.

Therefore, with the prediction that there will be an abundance of homecomers on Eid Al-Fitr in 2022, the President immediately ordered the Ministry of Transportation to work together with the National Police Headquarters to conduct simulations and make all detailed preparations ahead of the homecoming flow.

The simulation ordered by President Joko Widodo was immediately responded to and carried out by the Ministry of Transportation together with the National Police Headquarters. The two of them immediately made various kinds of simulations such as the odd-even rule, one-way and so on. At least with the odd-even implementation, the Minister of Transportation hopes to be able to decipher the existing congestion.

For this reason, Minister Budi emphasized once again that the people themselves must have the awareness to immediately go home at an earlier time before Lebaran day comes. Because if all people go home at the same time, in accordance with the prediction data that the homecoming flow will increase, of course extraordinary traffic jams will occur.

In particular, this will certainly happen to those who choose to use their personal vehicles when traveling back and forth in the future. It is almost certain that certain toll road sections will experience very severe traffic jams. The prediction for the peak of the homecoming flow owned by the Government is that it will at least occur since D-3 Lebaran or on April 29, 2022 later.

He even conveyed that what we usually can get to Semarang in about 6 to 7 hours, when there is a traffic jam on Hari Raya, it is not impossible that it will be double the initial travel time. It is also undeniable that land travelers are the most complex to deal with. Moreover, several points such as Palimanan and Semarang will be a challenge for all parties on duty later.

In order to anticipate the congestion, another thing that has been attempted by the Ministry of Transportation is to directly coordinate with the Regional Government so that they are able to bring order to the traditional market which is located right on the side of the main route of the Pantura. Of course, if there are still traditional market activities, the possibility of congestion will be higher.

Congestion during the Lebaran 2022 homecoming season is a sure thing to happen even though the Government has implemented a layered prevention system to break up the buildup of homecomers on the roads. Therefore, public awareness is needed to be able to go home early as a solution to avoid severe traffic jams, especially during the peak of the homecoming flow.

Investment Performance Continues to Increase Amid the Covid-19 Pandemic