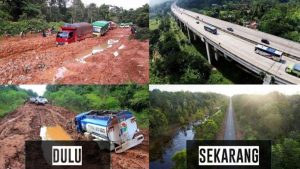 The administration of President Joko Widodo continues to encourage equitable development to eastern Indonesia, including in Papua and West Papua. Chairperson of the Papua Indigenous Youths Jan Christian Arebo said the government’s efforts and attention to develop Papua were good. However, there is still homework to be done so that the Papuan people can prosper.

“The implementation of this special autonomy is the only policy that is regulated by the budget . Well, what we have to understand is that the government has shown that the current special autonomy budget is quite large but it has not been managed properly, “he said.

“This issue was played by other groups who were against the Republic of Indonesia that the special autonomy was over. After that, they asked for a referendum, this is wrong, “said Jan.

He also encouraged Papuan youths to come by opening their minds, views and insights so that people know that the Republic of Indonesia is final. This means that Papua cannot be separated from Indonesia.

“Papua is legally part of Indonesia’s territory. So such an opinion cannot be built. Special Autonomy is only an expanded policy, that is the budget , now an evaluation is being carried out,” said Jan.

He added that the central government continues to be committed to continuing development in Papua. It can be seen from the serious efforts over the last five years from all sectors.

“I think President Joko Widodo’s policies have been extraordinary. Both from the attention and the visit . To build infrastructure properly, “closed Jan Christian Arebo .

According to the author, Jan Christian Arebo ‘s thoughts are correct because he seems to understand and understand the latest developments in Papua. Some facts and reports during the implementation of Papua’s Special Autonomy , have so far been colored by bureaucracy pathology and moral hazard which has caused Papua’s Special Autonomy funds , which have reached Trillions of rupiah since 2001, disbursed by Indonesia to only a handful of political elites in Papua, and rumors are also growing. enjoyed by rebel groups in Papua.

Therefore, in the revision of the Papua Special Autonomy Law , Indonesia will be more intense in supervising and fostering the implementation of the disbursement of the Special Autonomy funds , where the Otsus funds will be transferred directly to the accounts of local governments in regencies and cities according to their quota , as well as for the provincial quota. In addition, the Special Autonomy Fund is likely to be disbursed under strict supervision, including the imposition of legal sanctions .

For this reason, there is no reason for any element of society in Papua including the Papuan People’s Council (MRP), the Papuan Traditional Council (DAP) and other interest groups in Papua such as the NFRPB, WPNA, FRI-WP, ULMWP, AMP and others to refuse. The Special Autonomy Law , for refusing is a betrayal of the Papuan people themselves.

Besides, who needs to be known by the people of Papua, is not correct for this issue was developed that during the implementation of special autonomy in Papua, Indonesia depleting natural resources in Papua and to profit from it , because during this time according to the information of which they should be believed that the purpose of funding Autonomy in Papua and West Papua have caused Indonesia to always have to increase funds, because royalties from Papua to finance development in Papua are very small.

If funds Autonomy is not issued by the government in 2021, due for example dijegalnya discussion of the revised Law on Special Autonomy of Papua Surpresnya already received the Parliament, then a lot of the District and the City (at least 10) will stagnate government and even instability, and this condition desired by TPN / OPM and its underbow . In other words, the discussion on the revision of the Papua Special Autonomy Law at the DPR RI must run smoothly by prioritizing the national interest in Papua in the future. Hopefully.

*) The author is an observer of Papua issues.

Mass Rally Supporting Rizieq Shihab Did Not Impact Anything

Don’t Get Off guard from Corona