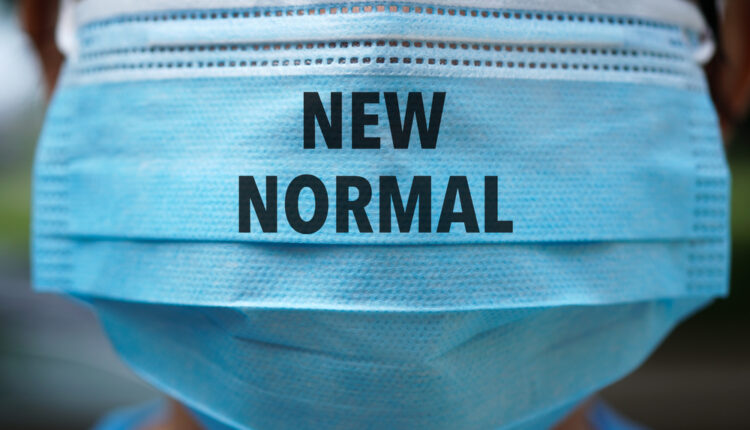 At present we have entered the new normal era , although it is still within the scope of the co-19 pandemic. At this time, we can move outside the home even with strict health protocols. Do not be afraid to leave the house and move again in the new normal era . It is precisely this initial step to foster a spirit of patriotism and nationalism, to fight the corona together.

The President instructed people in the green zone to continue to be productive in the new normal era . This statement certainly can also be applied in other areas, because even though it is still in the co-19 pandemic, it does not mean we become passive and just hide at home. In the new normal era , it’s time we work hard again for the future.

You don’t need to be paranoid when you enter the new normal era . Covid-19 virus is not visible and can be transmitted through droplets, but we can prevent it by wearing a mask, diligently washing hands, and increasing body immunity. Do not want to lose with Corona because if you continue to be afraid, it will be unproductive.

In the new normal era , it would be the right time to raise the sense of patriotism and nationalism towards the Republic of Indonesia. If this feeling was used to raise morale in fighting the invaders, then it is now used together to fight the covid-19 virus. Making peace with corona does not mean giving up, but adapting to outdoor activities and finding ways to prevent transmission. Because the vaccine hasn’t been found yet.

A sense of patriotism and nationalism is proven by following the recommendations of the government to be diligent in washing hands and wearing masks when outside the home. In public places such as markets, even if they are only reopened, people must be disciplined to keep their distance. In addition, if the government decides to open a new school year but still school from home , it does not force schools to reopen on the grounds that children are bored because they are only at home.

Patriotism and nationalism in the Republic of Indonesia are also evidenced by following the government’s advice not to go home and go out of town if there is no urgent need. Except of course if you have to work out of town or outside the island. Inevitably have to leave home, and show a letter of rapid test results that prove that corona is not sick.

The community can also show their love for the Republic of Indonesia by working hand in hand, starting from the closest environment. A sense of patriotism is not only used against the company, but also against poverty. If there are neighbors who are victims of layoffs, they can work together to help. The community can also make a donation board, where everyone can donate rice, sugar, or other basic food items, so that they can be taken by those in need.

Nationalism is very much needed when we are still in the new normal era and the co-19 pandemic, because it can unite the nation. If everyone helps each other, the country will remain intact and there will be no imbalances in the financial sector. The sense of nationalism is proven by donating to those who are victims of the corona effect, even if only by donating 2 kg of rice.

We must obey every government recommendation and support its programs in dealing with corona. Do not even blame the government’s actions in handling the co-19 pandemic, because it can divide unity. Moreover, inciting others to join in hate.

In the new normal era , a sense of patriotism and nationalism must be kindled in the bosom. Nationalism is not only done to attack the invaders. The love of the motherland is proven by obeying every government program and joining in helping others. Not even bragging and saying that corona is a mere conspiracy.

) * The writer is active in the Press Circle and Cikini Students