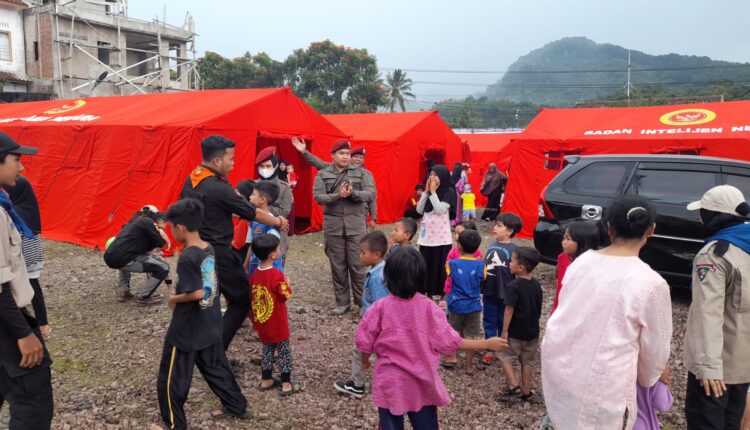 To help handle the victims of the Cianjur earthquake, the State Intelligence Agency (BIN) moved quickly to build an aid post on the Labuan – Cianjur road. The existence of this Assistance Post was a direct order from the Head of BIN, Jend. Pol (Purn) Budi Gunawan

BIN Deputy VII, Prabawa Ajie said that BIN had established an Assistance Post for the Cianjur earthquake victims shortly after the disaster occurred.

The establishment of the BIN Assistance Post in Cianjur was directly led by West Java Kabinda, Brig.

Apart from setting up three aid posts, West Java BINDA also provided assistance in the form of logistics for victims affected by the earthquake in Cianjur.

Logistical assistance provided in the form of food ingredients such as indomie, mineral water, cooking oil, and other daily needs.

Head of the Earthquake and Tsunami Center for the Meteorology, Climatology and Geophysics Agency (BMKG) Daryono said the scale of the earthquake that rocked Cianjur, West Java, on Monday (21/11/2022) afternoon was actually not that big.

However, the earthquake with a magnitude of 5.6 caused significant damage due to the shallow crustal earthquake.

“The characteristics of a shallow crustal earthquake are very shallow. So indeed the energy is emitted from the center, which is radiated to the ground surface is still strong,” said Daryono in a Kompas TV broadcast, Tuesday (22/11/2022).

Government Accelerates Vaccination of COVID-19 to All Levels of Society