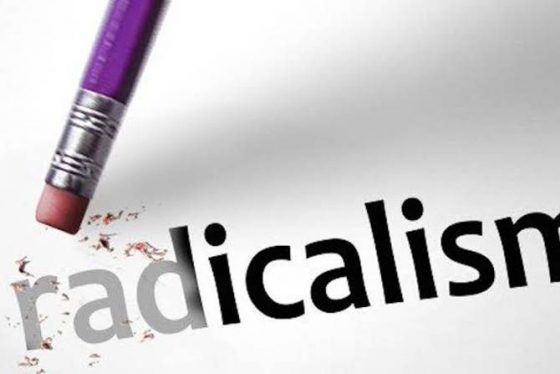 Religious leaders together and integrated with many other community leaders will play an important role in their participation and contribute to preventing the spread of radicalism and terrorism in society.

Indonesia is a country that is known for its diversity, but on the other hand it highly values ​​togetherness and the spirit of mutual cooperation to form one unit. Therefore it is very important that the whole community can continue to establish friendship together.

One of the efforts to continue to uphold the motto initiated by the founding fathers of this nation, namely Bhinneka Tunggal Ika, is to continue to strengthen ties to the whole community. If the relationship is maintained properly, it is hoped that partnerships between the entire community can also be fostered.

Not only that, but the harmony and harmony that exists in the people of the country will also continue to be strengthened. If all of these good things continue to be maintained properly, it will automatically create a safe and orderly situation in society, resulting in a very conducive environment.

This is closely related to efforts to be able to alert the whole community to potential threats of risk such as crimes that might occur such as theft, violence, even if you look at the broader risks the impact is that society will be able to avoid the spread of radicalism, theorism that is indeed seriously threatens the unity and integrity of this nation.

It cannot be denied that the threat of radicalism and terrorism has threats in other forms which may even be more dangerous because detection will be difficult, moreover its spread through the understanding and mindset of certain people.

That way it is possible that someone who has been exposed to radicalism will become very intolerant of the possibility of differences of opinion from other people. They will feel that they and their group are the most correct and judge that other people must be wrong, never feeling guilty at all.

Precisely crimes of this type are much more difficult to deal with because usually they are not explicitly shown by actions, they move a lot underground before finally making a movement to spread terrorism to the general public.

It is undeniable that the propagandists of recent radical movements have continued to intensify their movements to disseminate their views so that they can attract more and more sympathizers and regeneration occurs in their bodies. Especially the main target is the younger generation who are still very unstable in terms of emotion.

Not only unstable, but the younger generation themselves tend to still search for their identity so it is likely that it will be very easy for them to be brainwashed so that whatever teachings are taught to the younger generation, it is hoped that they will be conveyed so that these radical groups can recruit new members again. .

In fact, they also do not hesitate to continue to innovate and adapt to the latest information technology updates. Many of these ideas are spread by utilizing the use of social media and using languages ​​that are very easy for the millennial generation to understand. So it is also very important for the whole community, especially the younger generation who are easy targets for radicalism propagandists to be able to equip themselves with good social media literacy skills.

In order to be able to anticipate all of these things from happening, the Head of Binmas Unit of the Kesamben Police, Aipda Dedi Hermawan even immediately led an activity in the context of side by side and establishing hospitality to the homes of community leaders, religious leaders and also retired National Police officers.

According to him, the purpose of this activity was to strengthen partnerships and harmonious relations even between religious leaders, community leaders and the police so that all of them could integrate inclusively to continue to create a conducive environment of security and public order in their respective environments. .

Furthermore, Aipda Dedi added that all religious leaders and members of the public should be able to remain aware of all forms of crime including the spread of ideas that are completely inconsistent with Pancasila teachings because it would have the potential to divide the Unitary State of the Republic of Indonesia.

He also said that the participation of community leaders and religious leaders is very important because they become mouthpieces that directly provide advice and also concrete examples to the people at the grassroots. They are able to become a driving force and invite the whole community to comply with the government’s appeal to continue to increase self-awareness and prevent the spread of intolerance and radicalism.

The spread of radicalism, which has recently been intensified by certain groups or people, even through many means, including social media, which is currently very widespread in society, must be watched out for and even prevented so that they do not continue to regenerate. To be able to succeed in this agenda, it is very important that the role of religious leaders jointly provide counseling to the community.