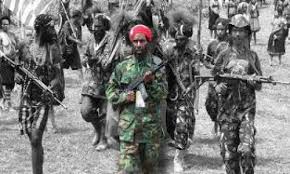 OPM and KKB as Papuan separatist groups have done various ways so that they can separate from the Republic of Indonesia. If the guerrilla method failed, they are now using social media like Facebook to make propaganda. The goal is that Papuan civilians want to join the OPM, and also attract international attention.

Separatist groups are spreading fear on social media so that more indigenous Papuans will respect them. In addition, they also intensified propaganda so that more people would side with the OPM rather than the Indonesian government. This psychological game is intended so that OPM will fly in cyberspace, because its coverage extends overseas.

The public has been advised to be aware of OPM propaganda. Those with common sense do not believe this hoax. Because the propaganda lacks logic and seems artificial. Indigenous Papuans also don’t want to be invited to join the OPM and the Federal Republic of West Papua, because they love NKRI more.

One of the OPM 2020 propaganda is about the Covid-19 pandemic. They made a status containing news as if the Indonesian government had deliberately not carried out a lockdown when corona attacked this country, in March. Then the OPM deliberately reported that airports and ports were continuing to open, so the government ignored it.

In addition, there was also propaganda about the KKB (armed criminal group) that managed to trick the authorities and seize several types of firearms such as the Bazooka. So now they are increasingly feared because they have a lot of equipment and complete warfare. Whereas from the editorial staff there was an irregularity, because the TNI had never owned such weapons.

The propaganda that has already spread has made the indigenous Papuans even more vigilant, because they are trying not to be divided. Don’t let any group defect to the OPM and betray NKRI. Because the separatists will be very happy with the large number of their new cadres who are willing to give money and other support for Papua to become independent.

The government has investigated and found at least 74 social media accounts that spread propaganda. Some of these accounts have been disabled. Solving this case is also in collaboration with the company Facebook and Twitter and they want the initiative to freeze these accounts. Because it is proven to spread hoaxes and propaganda.

The deactivation is carried out so that there are no negative effects in the future. Because one of the advantages of propaganda is the sympathy of the international community. Because they read the news about the shooting of civilians in Papua and it was written that the perpetrators were the authorities. Even though it was a hoax and the OPM deliberately created them to be pro liberation of Papua.

The international community in office will try to raise this propaganda to the UN Council. So that there is a narrative as if Indonesia was doing something cruel in Papua. Whereas the real perpetrators were members of the OPM and KKB. Nor should they interfere in the internal affairs of other countries, let alone support Papuan independence. Because they have no rights at all.

Indonesian citizens outside Papua should also not be consumed by the OPM propaganda, because they always play the victim and blame the authorities. Even though members of the TNI are doing their job, not committing atrocities. Don’t even be pro OPM and instead fly the Morning Star flag, because this is tantamount to betraying loyalty to the Republic of Indonesia.

The propaganda made by the OPM and KKB in the social media is deliberately made to make a narrative as if the government were colonizing Papua. Even though the central government has provided many facilities for residents in Bumi Cendrawasih. All Indonesian citizens both in Papua and other islands do not believe this propaganda, because it is proven to be a hoax.

)* The author is a Papuan student living in Batam

Support The Progress Of The Nation Through The Omnibus Law