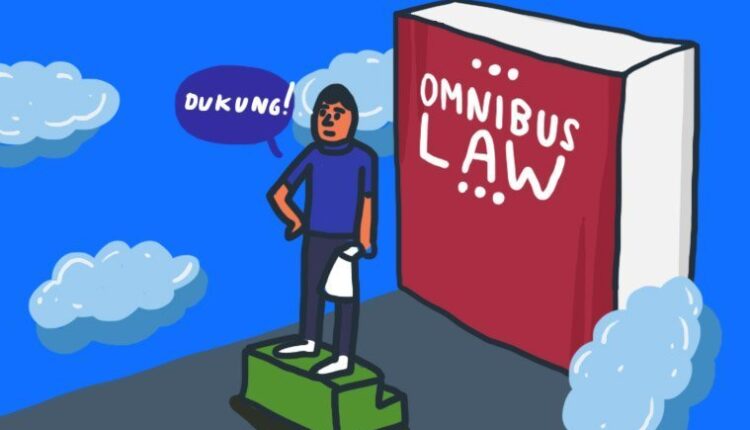 The Omnibus Law on the Job Creation Bill was designed by the government to not only benefit employers, but also workers. Workers need not be afraid of this bill because their future is guaranteed to be brighter, even though they have to be laid off. They are still entitled to receive an annual bonus and job loss guarantee.

In times of pandemic, having a job is something to be grateful for. Even though there are those whose wages are cut by 25% or even 50%, they must be patient. Due to the fact that currently many employees have been laid off because their companies are losing money. The workers always hope that the pandemic will end soon and wages return to normal, and even rise.

What if he had to be laid off? No need to worry because workers are still entitled to severance pay and this is regulated in the Job Creation Bill. So it is not true that the omnibus law will remove severance pay, because it is the right of workers. There is no need to oppose this bill because the government tries to be fair to all workers who have been laid off.

John Kennedy Azis, a member of the DPR RI baleg stated that workers who have been laid off are entitled to severance pay. He also received guarantees of job loss, and even received a bonus for tenure awards. He is also still entitled to old-age security, work accident insurance, and death security , which are regulated in the BPJS for employment.

The value of severance pay according to the length of service is certainly considered fair, because the longer they work, the more dedication they will have to the company. Severance pay is also mandatory for employees, shortly after they are laid off. In fact, only 30% of companies provide severance pay, while the rest are zonk . If they are caught, they will immediately be dealt with by the Manpower Office.

Apart from severance pay, job loss guarantees also become a ‘handle’ when employees are laid off. Job loss guarantees not only provide money, but also vocational training. So with the addition of skills, hopefully he will not get confused when he is unemployed. But use that knowledge to open new businesses and turn into entrepreneurs.

The provision of this training is very valuable because if only money is given, it can be spent just like that. However, if given the skills , the value can be much more expensive than just cash. Skills can be used for decades and cannot be stolen by others.

Job loss guarantees also provide access to new jobs. So it is certain that someone who has been laid off can move to another company , according to the recommendation from the JKP provider. In this way, the unemployment rate does not go up, because someone can not leave after being fired. But immediately worked elsewhere.

Workers do not need to worry if there is an issue of reducing employees . Because if he is sent home, there will be severance pay and job loss guarantees prepared by the company. Plus there is vocational training that can be used as a provision for doing business. If his business progresses and adds employees, he will wait to the government for reducing unemployment.

Therefore, the omnibus law of the Job Creation Bill must be supported by all Indonesian citizens. Because it does not only regulate investment, but also employment. Employees who are sent home get pension and guarantee of job loss. The bill was designed to keep them excited about working elsewhere or opening new businesses.