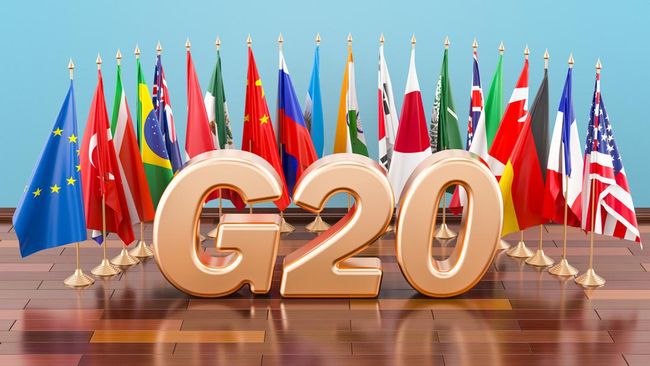 G20 Presidency, Observer: Indonesia Can Be a Reference to Overcome the Food Crisis

The food crisis is one of the problems that must be resolved together at the G20 Summit in Bali on November 15-16.

Director of the Center of Economic and Law Studies (CELIOS) Bhima Yudhistira said, in the momentum of the G20 presidency, Indonesia must find a solution in solving the problem of the global food crisis.

“Several G20 agendas need to be realized immediately, one of which is mitigating the food crisis,” he told Antara in Jakarta, Saturday.

The food crisis seems to be a threat in many countries, this of course must be found a solution so that the world community is able to meet food needs.

“The issue of food cannot be handled by each country, there must be international collaboration,” said Bhima.

Bogor Agricultural University (IPB) academic, Prima Gandhi said, in overcoming the global food crisis, Indonesia deserves to be used as a reference, especially for countries that are experiencing a food crisis.

“If we look, pay attention to the rice self-sufficiency that we discussed yesterday, yesterday it was said that from 2019-2020 to 2021 we were good, yes, in order to maintain this food problem. This is because of the Government’s commitment yesterday to provide subsidies, fertilizer subsidies, then diesel subsidies for fishermen,” said Prima Gandhi.

Prima said, Indonesia has quite a large area of ​​land which is one of the advantages and can be used for farming. Therefore, the government and society need to appreciate Indonesian farmers.

“This appreciation is necessary. We need to be careful not to let this have an impact on the food supply and there could be a food crisis,” he continued.

So far, said Prima Gandhi, the government has taken these steps in maintaining Indonesia’s food security, from local food, food estate to LP2B.

“We also appreciate the many food alternatives, especially those carried out by the Government through the Director General of Food Crops, not only focusing on rice, but already diversifying local food like now, there is planting of sorghum and wheat, although a little, yes,” he said.