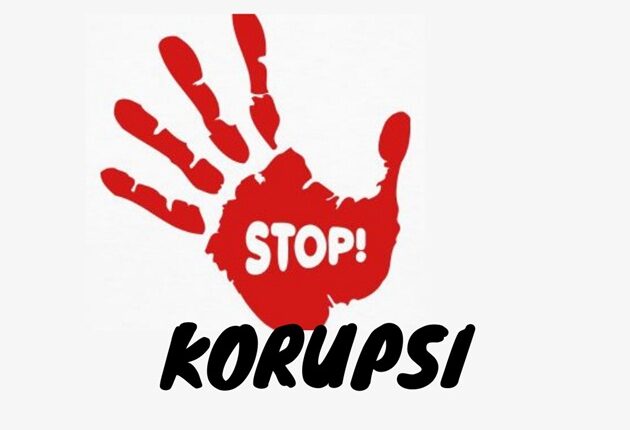 The government under the direction of President Joko Widodo always reminds his subordinates not to commit corruption. The government is also moving quickly to continue to eradicate corruption which has been included in the category of extraordinary crimes.

The chaos of Social Assistance (Bansos) in 2020 opened our eyes that there are still corruptors entrenched in Indonesia. It’s a shame they still exist and have the heart to circumcise Bansos funds. Even though, for example, only 10,000 rupiah per person is deducted, corruption is still corruption which is a crime that must be resisted.

The government acts so that there is no more corruption in the social assistance fund or other fields, because these negative actions can undermine the country from within. Imagine that when Bansos rice is corrupted, the quality is very poor, like chicken food, even though it is the poor who are in trouble. When there is a project whose funds are corrupted, the quality of the material is reduced and eventually the building collapses easily.

There are 12 steps taken by the government to eradicate corruption. This was revealed by the Head of the Presidential Staff Office (KSP) Moeldoko. To eradicate corruption, it will cooperate with the corruption eradication commission (KPK), and it will be carried out from upstream to downstream. So there should be no gap at all for corruptors.

The first step is to eradicate corruption in government agencies. In the ministry, KSP office, and any government agency there should be no corruption, even if it’s only 50,000 rupiah, because it is tantamount to a crime. Even the smallest corruption must be dealt with, because if a corruptor has managed to circumcise a small amount of funds, he will get used to it and then take as much state money as possible.

Apart from money corruption, what needs to be dealt with is the corruption of time. Do not let public services be disrupted because of the slow performance of ASN, because they feel they have a soft position, and then underestimate their duties. ASN must be committed, professional, and disciplined, and must not come home late because it is tantamount to time corruption.

In addition to taking action against corruptors, it is necessary to take preventive measures so that there will be no corruption in the future. The government makes all the systems in the ministries and state institutions that are neatly organized and electronically. So that there will be no such thing as evasion, circumcision of funds, or depositing blank notes, because the budget and cashflow will be directly posted online.

Prevention of corruption can also be done early. Students who are still in junior high school, elementary school, and even kindergarten, can be given education that corruption is a big sin and should not be committed. The reason is because the consequences are very fatal and harm other people. as future leaders of the nation, they will understand and will not be corrupt in the future.

Students will realize that lying to parents about the price of books and worksheets is corruption because there is dishonesty. They will be more honest and don’t want to be corrupt anymore, because they understand the consequences.