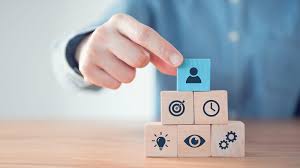 Infrastructure development is something that needs to be done, not only to facilitate people’s activities, but infrastructure development can also increase competitiveness to be able to compete at the global level.Infrastructure such as toll roads, airports, ports and all other supporting facilities are the key to making local goods competitive.The toll road will make the mobility of goods and people faster, this of course will make the perpetrators able to perform efficiency both in terms of time and cost. Where this will usually reduce production costs which ultimately makes the price of goods more affordable (cheaper).For example, with the operation of the Cibitung-Cilincing Toll Road, goods originating from industrial and logistics areas in Bekasi and Karawang will move much faster to Tanjung Priok Port. Vice versa, commodities departing from the port to industrial and logistics areas will also be faster so as to create efficiency and effectiveness.Indonesian President Joko Widodo (Jokowi) explained his reasons for emphasizing physical development in all parts of Indonesia. This is done because the construction of facilities for the public can accelerate human empowerment in remote and leading areas throughout Indonesia.With this infrastructure, Jokowi wants Indonesian products and goods to compete if they are competed with products from other countries. So that our competitiveness will be better and stronger.UI Professor and Economist Fithra Faisal said that the infrastructure built had a positive impact on the social and economic side. Some of the projects referred to are electricity projects that have succeeded in providing lighting to 1.7 million new households, clean water and irrigation projects that have been able to increase water capacity to 10,140 liters/second. The project has met the need for clean water for 1.5 million households or 5.8 million people. In addition, the irrigation project is also able to irrigate 96 thousand hectares of rice fields.Infrastructure development is proof of the government’s concern for the fate of the nation that wants progress, the community should also welcome the development that continues to be carried out by the government.Governor of Bank Indonesia (BI) Perry Warjiyo explained that the benefits of infrastructure development will accelerate development that has been carried out so far, such as the construction of toll roads, airports and ports.On another occasion at the inauguration of Professors at the University of Indonesia (UI), Mohammed Ali Berawi as Professor of Civil Engineering explained four discussions on infrastructure development. He explained the importance of value-added infrastructure development planning to improve project feasibility. Ali conducted several studies and research on infrastructure projects.Research in the form of developing a conceptual design of an integrated infrastructure called the Public Railways and Stormwater Infrastructure (PRASTI) Tunnel, the construction of a Sunda Strait bridge, and the development of a smart city for the State Capital (IKN). PRASTI Tunnel is a concept of building an underground tunnel for the train line which is planned to be integrated with the flood control channel.So that it is expected to be able to provide high efficiency and effectiveness for the development of infrastructure megaprojects. PRASTI Tunel functions as a commercial infrastructure in order to relieve congestion as well as a social infrastructure that can control floods in Jakarta. Namely by integrating three main functions in one tunnel consisting of public transportation facilities, airport trains and flood control (stormwater).As an archipelagic country, of course, Indonesia needs good connectivity to facilitate human movement and logistics distribution throughout Indonesia to the remote, outermost, underdeveloped and border areas (3TP). Therefore, infrastructure development in the transportation sector is needed for logistics efficiency.Currently, the transportation of goods using road transportation is still the most dominant in the logistics system in Indonesia. From the data from the Directorate General of Customs and Information, the Ministry of Transportation, it is noted that the role of logistics transportation via highways reaches 80-90 percent, the rest uses other modes of transportation.On a different occasion, SOE Minister Erick Thohir developed the Indonesia Investment Authority (INA), namely infrastructure development with investment, not debt or the state budget. Infrastructure development not only supports community activities, but also good infrastructure development can of course attract investors to invest or invest in Indonesia.

)* The author is a contributor to the Persada Institute

RKUHP Not To Silence Critics