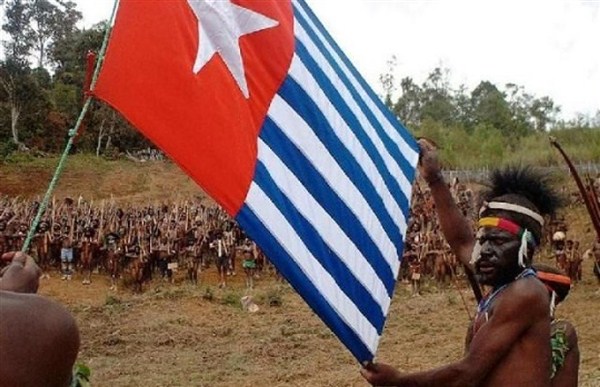 What do you know about Papua? The area in eastern Indonesia is very popular for its natural beauty, with the snowy peaks of Mount Jayawijaya, and Raja Ampat as a diving spot. Unfortunately, apart from tourism, Bumi Cendrawasih has also been known as an independent Papuan organization (OPM) which has always defected since decades ago.

The existence of the OPM has been very disturbing because they have created riots in Papua. Through their accomplices, namely KST (separatist and terrorist groups), they often injure civilians, resulting in fatalities. The reason is always the same: suspicion of civilians who are suspected by the police. Moreover, ahead of his birthday on December 1, there will be more chaos because of the OPM.

The priests also made a declaration and declared peace for Papua. According to them, there should be no violence on Cendrawasih Earth. The reason is because violence will not change the situation and will add to a series of problems. When there is an OPM anniversary which is celebrated with the raising of the Morning Star flag and riots, they firmly reject it.

Birthday is a beautiful day, therefore it is very inappropriate when there is a birthday, even celebrated with riots. The reason is because it will destroy the essence of the birthday itself. If OPM claims to be happy on their birthday, why does it hurt other people or even kill people? In fact, the victims were their own tribesmen.

The rejection of OPM’s birthday by religious leaders and the Papuan people themselves is a natural thing. They are fed up with the behavior of KST and OPM who have always been causing riots, both in Intan Jaya, Yahukimo, and other areas in Bumi Cendrawasih. When there is OPM, people are not calm because they are afraid of being shot.

In addition, religious leaders do not like the OPM who always brag. They lure sweet promises about a referendum. Even though it was just a dream in broad daylight. The federal republic of West Papua will not exist when its leader only has negative ambitions and is full of violence.

How can OPM be a leader when the level of education is questionable? They are also overly emotional and paranoid, as evidenced by their frequent suspicions of civilians as spies for the authorities. If the leader is like that, the country will soon be destroyed, because it does not have the skills.

OPM anniversary December 1 will be a tense day because it has the potential to cause riots in Papua. To prevent this, security has been tightened. Religious leaders disapprove of OPM’s anniversary celebrations because the organization is clearly outlawed and their defection is unlawful.