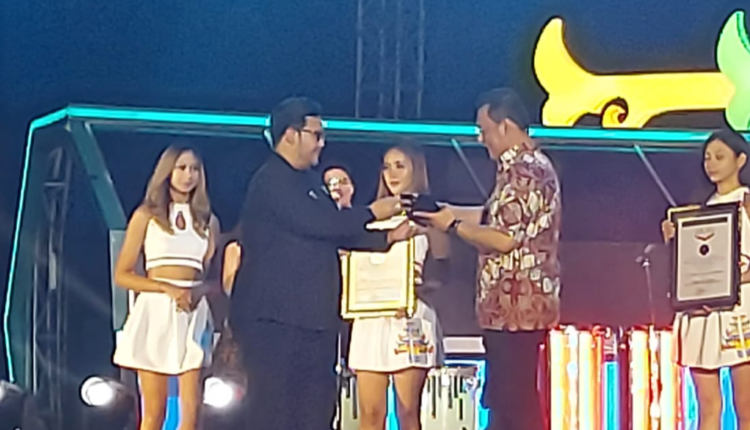 Muri’s record is clear evidence that PB ESI under the leadership of Chairman Budi Gunawan has made history in the world of Indonesian Esports.

With the receipt of the MURI Record, it also proves that Indonesian Esports has experienced very rapid development so that it can break records and be recognized by MURI.

Related to this, Komjen Bambang Sunarwibowo in his remarks when closing the IES event said his appreciation for the holding of IES and IESF Bali 14Th WEC.

“The holding of the Indonesia Esports Summit and the IESF Fourteenth World Esports Championship by PB ESI, has even won a MURI record in organizing an esports world championship with the most participants from foreign countries (105 countries) the widest outdoor (9.2 HECTARES), as well as the most offline esports matches in one day (164 MATCHES)” he said

Meanwhile, PB ESI Secretary General Frengky Ong, when he saw all the actions of Indonesian athletes competing in the electronic sports world championships held in Bali, admitted that he was very proud.

“It is very proud to witness the actions of our esports athletes who are members of the Indonesian National Team who are specially prepared to compete in the 14th esports world championship which is part of the big Indonesia Esports Summit 2022 event,” said Frengky.

This has become a matter of pride for Indonesia because it was able to attract foreign delegations to Indonesia.