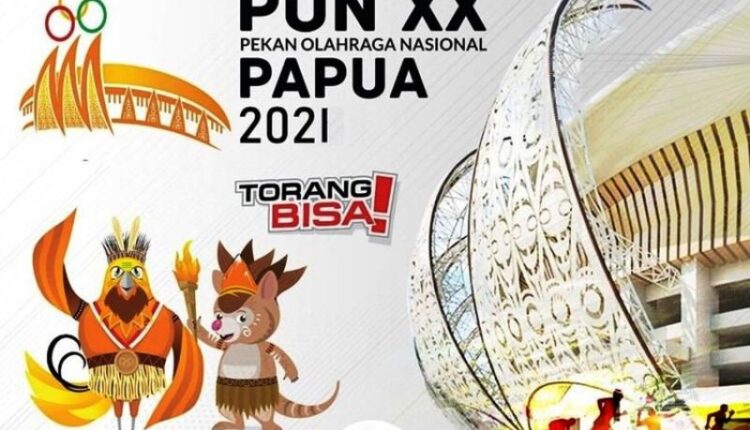 Residents support the success of the XX Sports Week (PON) which is safe and healthy. This is reflected in the optimization of security by the TNI/Polri to the implementation of strict Prokes during the XX PON matches.

The government has guaranteed that the implementation of the XX PON in four regions in Papua will run safely, even though the armed conflict there is still going on. In addition, the government is also wary of the emergence of a new cluster of Covid-19 at the XX Papua National Sports Week (PON) party. Various ways are prepared by the government so that athletes who come from various provinces can compete in a healthy and safe manner in this multi-pronged event which is held every four years.

Various efforts will be made by the government, including conducting regular Covid-19 tests for athletes, limiting the number of spectators, implementing health protocols, holding integrated isolation places, and ensuring security at sports locations and PON venues .

The security issue had indeed become a big question mark in the implementation of the XX Papua PON, both in terms of health due to the Covid-19 pandemic and security issues due to the armed conflict there.

However, the Minister of Youth and Sports (Menpora) Zainudin Amali guarantees that the location of the PON in Jayapura and its surroundings is safe from armed conflict. He ensured that the National Police, TNI and the State Intelligence Agency were responsible for maintaining security during the implementation of the PON.

Previously, a pro-Papuan independence group led by Lamek Taplo was involved in armed contact with TNI personnel in Kiwirok, Bintang Mountains Regency, Papua. This armed criminal group set fire to the Kiwirok health center, school and bank. A nurse from Jayapura was also found dead having fled to the forest when the incident occurred.

The armed conflict at that time also continued with a shootout between TNI personnel and an armed criminal group led by Ngalum Kupel at Kiwi Airport, Bintang Mountains. Private Ida Bagus was shot and killed in the incident.

Although the conflict in Papua is still ongoing, the Head of Public Relations of the Papua Regional Police, Commissioner Ahmad Mustofa Kamal, said that currently there are no concerns or specific issues that are of concern to the police ahead of the opening of the PON. He said that the work of the police in securing XX PON has been one hundred percent.

Meanwhile, the spokesperson for the Covid-19 vaccination of the Ministry of Health, Siti Nadia Tarmizi, said the government would increase the allocation of vaccines for the Papua PON organizing regions to pursue the vaccination target before the grand match begins.

On a different occasion, the secretary of the Indonesian National Sports Committee (KONI) Papua Province Kenius Kogoya hoped that all Papuans would always be optimistic and support the implementation of the XX 2020 National Sports Week (PON) in Papua. Kenius said that PON is not only owned by the government and KONI, but also belongs to all citizens in Papua.

He invited the whole community not to be pessimistic and to be optimistic that PON must be successful in Papua. We must not respond to things that make things less good here, even though they know something is happening in Papua, but support for this event must remain solid.

On a different occasion, a female figure in Wamena, Marta Itlay, invited the entire community in Papua to make the XX PON in Papua a success. He said that the community must be enthusiastic to participate in supporting the implementation of the 2021 PON in Papua.

Marta said that the support for PON activities in Papua should also be supported by young people in Papua as the nation’s successors. Therefore, we must not be influenced by things that are detrimental and hinder the implementation of the XX 2021 PON in Papua.

The implementation of the XX PON in Papua is not only a place to fight for medals. The most important thing about holding this prestigious event is to become an arena to strengthen brotherhood, unity and solidarity between regions.

PON XX Papua is also proof that Papua can host a national-scale event, this is evidenced by the very lively opening of the PON in the best sports arena in Asia Pacific, in accordance with the PON tagline this time “Torang Bisa”.

)* The author is a Papuan student living in Palangkaraya

The Government Has Distributed Wage Subsidy Assistance (BSU) for Workers