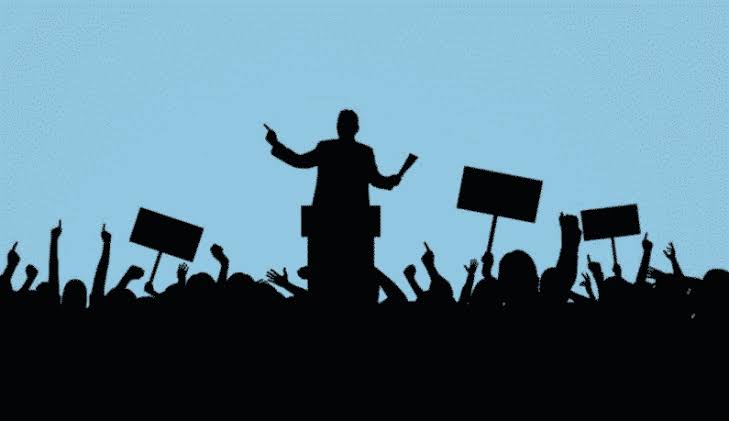 President Jokowi’s administration continues to listen to people’s aspirations and maintain a democratic climate. However, these various kinds of criticism should be carried out in a wise, polite, and based on accurate data.

Are you satisfied with the current government performance? President Jokowi is a leader who is very concerned about the people and is also loved by the entire community . Not surprisingly, when there are individuals whose hobbies are criticizing or inviting large-scale demonstrations, they are bullied because they are considered ungrateful and always find fault with others.

In fact, more people are pro than con. S ince 2014, they indeed become a big fan of President Jokowi, so agree-disagree only with the government program. The reason is because many realize that this program is made for the people, so that it will be supported by the people.

Even if there are those who protest, then the way to do it is to express their aspirations properly. People’s aspirations are the fuel to make a government better. So that the government runs smoothly and there are inputs that make it even more shrewd in managing the country.

The government respects those who raise aspirations because it is the right of every citizen. Even though they are not members of the opposition party, they are allowed to provide input. Even President Jokowi himself asked that he be criticized. So that people may express their aspirations without fear of being thrown into prison.

Indonesians who like to surf the internet prefer to report to the president via Instagram. In President Jokowi’s personal account , they usually fill in the comments column and then tell stories, for example when there are extortion, thuggery, and so on . The president will respond and then look directly at the field, is that report true? So the problem will be solved.

For example, when someone reports about thuggery at the port. President Jokowi immediately responded and then went to the place. The people were both surprised and happy because they were able to meet the president, then immediately reported and told the details. The president himself immediately called the apparatus and the parties concerned so that extortion and thuggery could be removed from the area.

In addition, residents can also report through the LAPOR application. In this application, they can confide in and give reports, when there are government employees, at any level, who are naughty or like to make things difficult for others. When there is a report, the government will respond to it and then trap the person concerned. So that people will be helped and no longer have difficulties in managing administration etc.

However, there are people who are impatient and choose to demonstrate as an act of protest. Indeed, the demonstration is one way to express the aspirations of the community, but it will be immediately dissolved by the authorities. The reason is because demonstrations during a pandemic can potentially cause new corona clusters. So the disbandment is not anti-criticism, but because of fear of being exposed to the covid-19 virus.

People’s aspirations can still be expressed, if possible in a good way. They don’t have to worry about ending up in jail without trial or suddenly being exiled to a remote island, as happened during the New Order era. President Jokowi upholds democracy and rejects violence as happened decades ago, when people who protested became victims of kidnapping and became targets of Peter.

The Death Rate Due to Covid Continues to Slope

THERE IS STILL RESISTANCE REGARDING THE COUNTRY’S CAPITAL MOVEMENT PLAN

The Government Has Distributed Wage Subsidy Assistance (BSU) for Workers