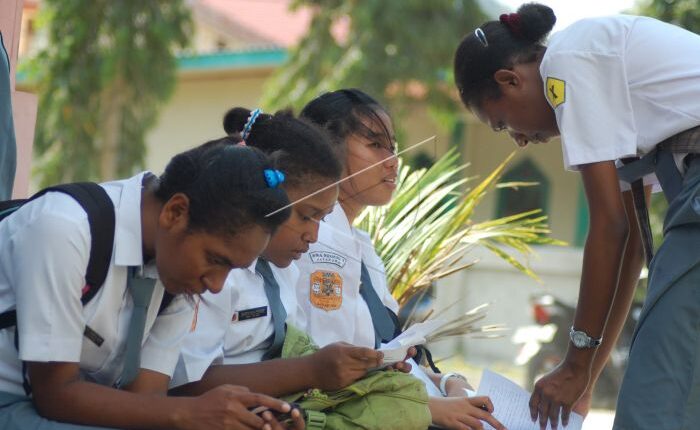 Former President of the Republic of Indonesia, Jusuf Kalla, had emphasized the development of human resources related to efforts to improve the welfare of the Papuan people. That way the Papuan people will be able to manage their natural resources well.

The man who is familiarly called JK hopes that the younger generation of Papua can study harder in order to know how to manage Papua’s abundant natural resources.

Meanwhile, the Expert Staff of the Governor of Papua for Social Welfare and Human Resources, Anni Rumbiak, said that it is believed that qualified and highly competitive human resources will be able to accelerate and overcome problems in the fields of education, health, infrastructure, people’s economy and regional connectivity. It’s just that to make it happen, policy support is needed as well as synergy and integration in its implementation.

Therefore, his party encourages planning for human resource needs that are spread across five customary areas. However, the selection system must be transparent and accountable and proportionate according to the customary area and area of ​​expertise.

Meanwhile, following up on President Jokowi’s instructions and commitment to improving the level of education and development of Human Resources (HR) in Papua and West Papua, two new national standard campuses will soon be built and operational, namely Campus II UNCEN Faculty of Marine Affairs and Fisheries in the Archipelago Regency. Yapen and Okmin University Campus in Oxibil District.

In addition, the policy of the central government under the leadership of President Jokowi through ministry programs since 2014 until now has never stopped developing the land of Papua in order to improve the welfare of the indigenous Papuan people within the framework of the Unitary State of the Republic of Indonesia.

The seriousness of the central government in developing Papua by giving full authority through law number 21 of 2001 concerning Papua’s special autonomy until the issuance of Presidential Instruction No. 9 of 2020 concerning the acceleration of development in Papua and West Papua.

Various development program policies were carried out in the two easternmost provinces of Indonesia with the aim of reducing poverty, reducing the cost index and equitable distribution of infrastructure development facilities.

In addition, we need to know that Papua consists of ethnic diversity and has such rich natural potential. The wealth includes the mining, marine, fisheries, plantation sectors and has a unique variety of cultures.

So that the potential possessed by Papua must be managed professionally and sustainably. This is a manifestation of the recognition that the Papuan people are part of Indonesia so that all their natural and cultural wealth must receive an honorable portion. Apart from that, what should not be overlooked is the socio-cultural development in Papua, this development of course can bring important benefits to the people in a region.

One of the potentials of Papua is in the agricultural sector, especially coffee. Moreover, coffee varieties in Papua are abundant but their production is still low, around 0.30% of the national production. We must also open our eyes that Indonesia is the fourth largest coffee producing country in the world after Brazil, Vietnam and Colombia.

Papua has all the potential that should be stimulated so that in the future Papua can become an advanced and competitive region, of course developing Papua requires inter-sectoral cooperation, so that efforts to develop Papua can be aligned.

)* The author is a Papuan student living in Medan