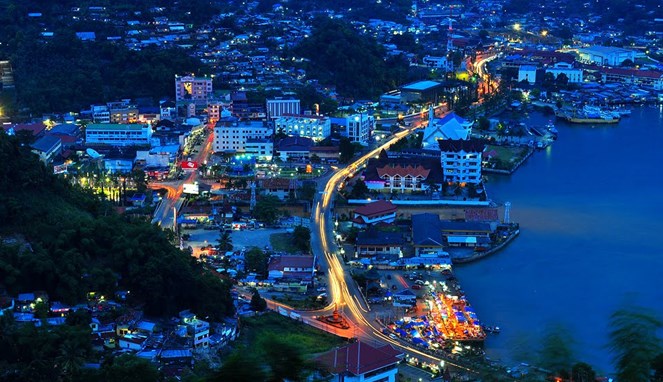 The Government is Committed to Developing Papua

The government is committed to continuing to develop Papua. These various policies are reflected in the massive infrastructure development in Papua and the sustainability of Special Autonomy (Otsus).

Billy Mambrasar as Special Staff to the President of the Republic of Indonesia, said that the reason President Joko Widodo is very concerned about infrastructure development and improving the quality of indigenous Papuans is because of Jokowi’s deep love for Papua.

He explained this in order to answer several people’s questions, which later emerged as chat speculations wrapped in hypothetical explanations using Jokowi’s economic interest theory, imaging communication theory, and ambitions conspiracy political theory which, according to Billy, was unproven.

As seen when President Jokowi and his entourage stopped to buy Noken at the Taman Imbi Noken Market, Jayapura City on Saturday 11/13/2021. It happened after Jokowi watched the Judo match at the XVI Peparnas at GOR Trikora Jayapura to GOR Cenderawasih to then watch the badminton match.

This moment reminded him of accompanying President Jokowi at the opening of the XX 2021 PON in mid-October and making a working visit for almost a week at the same time. At that time the group was passing through the city of Jayapura, Jokowi pointed to the women from Paniai who were selling in Taman Imbi, Jayapura city.

Billy said that Jokowi strongly believes that change will continue to occur. Especially when it is driven by young people. He hopes that Papuan people, especially their young people, can be fully involved in developing Papua, and even Indonesia.

This also provoked Billy’s memory of Jokowi’s words, who always emphasized that development should not only build infrastructure, but more importantly build people. Even in actual action, Jokowi is keen to push for Presidential Instruction No. 9 of 2020, concerning the acceleration of the development of Papua and West Papua, whose breath is the development of Papuan people.

A series of significant changes have occurred in Papua, for example infrastructure acceleration, the construction of the magnificent Youtefa bridge in Jayapura, the fast-connected trans-Papua road, to the holding of PON XX, the holding of the 2021 National Tourism Park. According to Billy, President Jokowi believes that Papua and Papuans can already .

One of the Papuan youth leaders Izak R Hikoyabi confirmed this, he considered that there were several things in the change of Papuan society. The breadth of managing the budget for the Papuan government is the existence of a special autonomy fund for Papua from the beginning until 2020 worth IDR 126.99 trillion. Although there needs to be a thorough evaluation of the large budget.

He revealed that the president’s 2nd term was considered effective by taking a dialogue approach to unravel problems and formulate alternative solutions. He added that it is no less important to continue to carry out previous policies such as President SBY’s prioritizing a welfare approach rather than a security approach.

According to him, national integration and the Unitary State of the Republic of Indonesia are fixed at a fixed price, are the foundations that are built on welfare, justice above the legal order that respects the socio-cultural context. Izak assessed that a number of strategic steps taken by the central government had brought changes to Papua such as infrastructure, education, social, economic and others.

The issuance of Presidential Instruction No. 9 of 2020, is one of the latest legal umbrellas in an effort to further accelerate development progress in Papua.

In the era of President Jokowi’s administration, his concern for Papua has increased, one of which is Jokowi’s role in continuing to expand the development of basic infrastructure to meet the needs of local Papuan people.

Improving the welfare of the Papuan people is carried out by opening the isolation of the region and increasing access and connectivity from land and multimodal.

In the 2021 budget year, there will be an increase in the PKT budget from the previous year, from Rp. 671 billion to Rp. 731 billion. This budget is used for 19 activities that will absorb 27,967 workers.

Of course, the government’s commitment to developing Papua cannot be doubted, from time to time, Papua continues to receive attention and development, both infrastructure development and human resource development (HR).

Beware of the Potential Spike in Covid-19 Cases