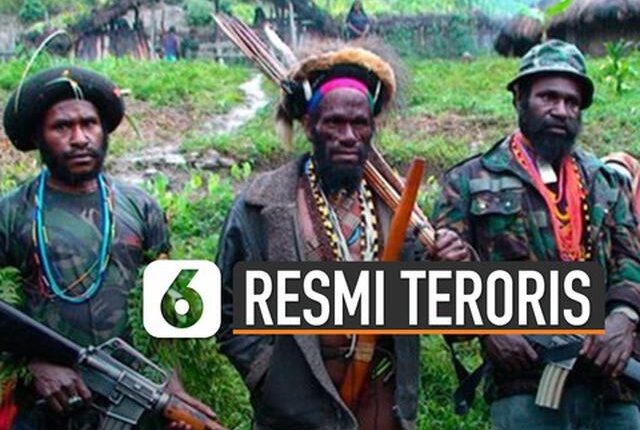 The mention of the KKB as a terrorist is appropriate

When armed criminal groups are claimed to be terrorists, then the public agrees, because the ways they carry out their actions are like terrorists. The term terrorist is indeed appropriate, so that the eradication of the KKB will intensify. So that peace in Papua will soon be created.

Papua (formerly Irian Jaya) is one of the youngest provinces to become part of Indonesia, in 1969, after the Pepera (determination of people’s opinion). Unfortunately pepera brought a prolonged bun tut, because there are parties who do not agree that the land of paradise is part of Indonesia. It is they who are currently the independent Papuan organization and their henchmen, the armed criminal group.

KKB has existed for a long time and it is getting worrisome day after day . Therefore. When the KKB was declared a terrorist organization by the government, the public immediately agreed to it. Not only indigenous Papuans, but all Indonesian people also agree. The reason for this is because so far the KKB has been increasingly disturbing and causing trouble, to the point of making other people lose their lives.

When the KKB is labeled a terrorist, this is a decisive step to hunt them down and destroy them. The reason is because when in the past we used other methods such as a cultural approach, good communication, etc., it failed miserably. They still insist on liberating Papua, so inevitably they have to use sporadic methods to eradicate the KKB.

Member of Commission I DPR RI, Bobby Adhityo Rizaldi, stated his dispute about the labeling of the KKB as a terrorist. According to him, with this status, it will receive support from the international community. Bearing in mind that so far the OPM has always been looking for faces and playing the victim when dealing with representatives from other countries. Even though they don’t know the real problem.

In that sense, if there is support from outside parties, for example the UN Council or organizations under it, then the eradication of the CLA will be smoother. This is because the OPM and KKB have always complained that their human rights have been violated, in fact they are the ones guilty of carelessly shooting civilians and officials, causing casualties.

After reinforcements from the TNI were brought in from outside Papua, they joined the Nemangkawi Task Force and immediately went to Puncak Regency. There it is indeed prone to conflict and it is reported that there is a KKB headquarters, so it is true that we should attack and eradicate the group straight to its nest.

During the gun battle , 9 of Lekagak Telenggen’s men were caught . This was revealed by the Head of the Nemangkawi Public Relations Task Force Kombes Pol Iqbal Al Qupdusy . This arrest is an achievement, because in time the number of KKB troops will run out and they will disappear from the land of Papua.

Lekagak Telenggen has always been accused of causing trouble, because with his group he committed crimes. So that if the number of his troops decreases, it is hoped that he will be afraid and then surrender.

After this arrest, the mission was continued on May 12, 2021, which took place in Wuloni Village , Ilaga District , Puncak Regency, Papua. Two members of the KKB were caught and one of them was Lesmin Walker. He has a strategic position in the KKB, as commander of the windgate troop. He became a suspect for shooting the late Bharata Komang, who was a member of the Nemangkawi Task Force .

In this mission, there is a joint unit from the Nanggala Forces, YR500, and Pinang Sirih (Cakra). The Puncak Police also assisted in this mission which was under the leadership of Iptu Budi Basrah. This cooperation has yielded good results and I hope all KKB members are caught.

When KKB is labeled a terrorist, its eradication becomes agenda number 1. Not only members of the TNI who worked hard in the arrests, but also members of the National Police were eager to help. Everything is done for the sake of peace on Earth of Paradise.

Beware of the Spike in Covid-19 Cases After Eid