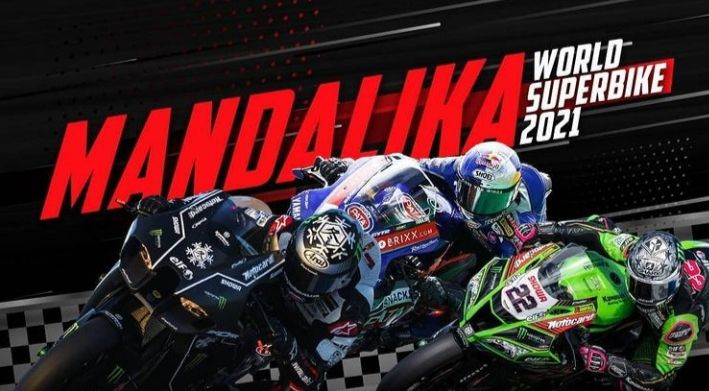 World Superbike will be held this November at the Mandalika Circuit, NTB. The event is eagerly awaited by many because it can increase the flow of tourism and revive the economy affected by the Covid-19 pandemic.

The public was surprised by the inauguration of the Mandalika Circuit in NTB, because it was immediately used as a World Superbike racing event in November 2021. Understandably, this is a pandemic period, so they think there will be no more events after the XX Papua PON. However, the committee ensures that this race maintains health protocols so that it will not have a negative impact, both on the racer and on the spectators.

The audience at home eagerly awaited the opening of World Superbike, because they also needed fresh entertainment to brighten up the pandemic period. Moreover, this race is of international standard so the riders are very professional. In addition, the World Superbike event is also able to increase the tourism sector in NTB.

The head of the Central Lombok Tourism and Culture Office, Lendek Jayadi, stated that hotels and inns were full ahead of the opening of World Superbike, even people’s houses were also occupied by those who wanted to watch this race. The increase in lodging rates also occurred in the areas of West Lombok and Mataram, not only Central Lombok.

Lendek Jayadi continued, the estimated World Superbike audience reached 25,000 people. While the hotel occupancy is 3,000 rooms, not including homestays and other types of lodging. In a sense, there is a euphoria of the audience who wants to watch an international class race and ultimately benefit the people of NTB.

The enthusiasm of the audience who wanted to see the World Superbike directly has reactivated the tourism sector in NTB. This is very good because for almost 2 years the tourism sector has been suspended due to the pandemic. When the tourism sector rises again, of course, other hotel and inn entrepreneurs smile happily, because the occupancy rate will increase.

The increase in hotel occupancy rates is nothing to worry about because entrepreneurs ensure that all adhere to strict health protocols, so as not to create new corona clusters. They are aware that the pandemic is not over yet, so they must improve their hygiene standards.

When the inn begins to be visited by tourists, business people in the transportation sector are also happy. The reason is because there is an increase in visitors in NTB so they need public transportation, both taxis and other vehicles.

When the tourism sector rises, it also has a positive impact on the economy. Examples are food vendors, both around the hotel and around the Mandalika circuit. They get splashed with sustenance because the audience will stop by there to just have coffee while having breakfast or lunch, then doing other activities.

Traders of souvenirs and souvenirs typical of NTB can also sell again because there are foreign and local tourists watching World Superbike. They can breathe a sigh of relief because finally there is a buyer, unlike these 2 years, who had to bite their fingers because NTB was quiet during the pandemic.

The increase in the tourism sector is certainly beneficial because it makes the pockets of residents increasingly bulge. They no longer have trouble because they don’t have money, because they can rent out rooms for World Superbike spectators who run out of places because hotels and homestays are fully booked. Alternatively, they can become motorcycle taxis or local guides and guide the audience to explore the beauty of NTB.

The World Superbike event is highly anticipated by the community, both those living in NTB and other areas. This motorcycle racing competition is not only a spectacle but also increases the tourism sector in NTB, which had fainted due to the pandemic. The people’s economy is helped because they can rent out rooms, sell food, or become motorcycle taxis for World Superbike spectators.