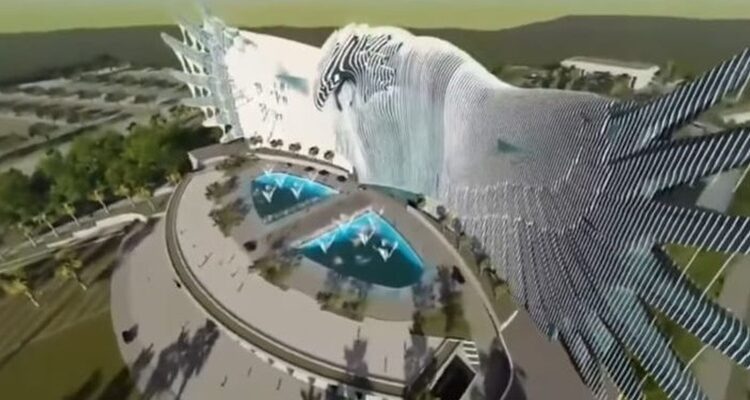 The Indonesian government is trying to build the National Capital City (IKN) of the Archipelago while preserving local wisdom through the construction of the Dayak Center at IKN Nusantara. This facility was a request from the indigenous Dayak people, which was conveyed directly to the President of Indonesia, Joko Widodo (Jokowi).

President Jokowi at the Bahaupm Bide Bahana event, in Pontianak, West Kalimantan, said that he would soon determine a location for the construction of the Dayak Center at IKN Nusantara, East Kalimantan. This was done apart from at the request of the Dayak tribe, as well as an expression of President Jokowi’s gratitude to the tribes who live in the area for fully supporting the development of the National Archipelago’s IKN.

It is known that the Bahaupm Bide Bahana is an annual customary event that brings together the community and the king. This event is filled with a series of traditional rituals as a form of gratitude, asking for safety, and keeping away from disaster.

This event was organized by the Red Army Dance Borneo Bangkule Rajakng (TBBR) and was held on 29 November 2022 in Pontianak, West Kalimantan. TBBR is a Dayak community organization that focuses on preserving culture and as the last bastion of defense for local customs.

On the other hand, not only the Dayak Center, the indigenous people of the Dayak tribe have also requested a special quota for education in the Indonesian National Armed Forces (TNI) and the Indonesian National Police (Polri). The request was submitted by Pengalangok Jilah or Commander in Chief of the TBBR Red Army, Augustine. Agustinus requested that there be a special quota for Dayak children so that they could easily enter education in the TNI and Polri. This request was conveyed to the Chief of Polri and the TNI Commander by President Jokowi. This is an effort to continue to accommodate the increase in Human Resources (HR) of local communities.

Public Policy Observer, Sugiyanto appreciated President Jokowi’s step in involving local communities in the development of the National Archipelago’s IKN. He said that apart from having to be based on the Government Administration Law, it is important to involve other laws that apply to the local community, such as local wisdom and local customs, which are the main ones, he said.

Chairman of Commission V of the Republic of Indonesia House of Representatives (DPR RI), Lasarus, when he was the speaker at a seminar entitled ‘Seven Philosophy as a Dayak Ideology’ as a series of activities for the West Kalimantan Dayak Gawai Week in West Kalimantan, said that the presence of IKN Nusantara was an opportunity that had to be utilized, one of which was to present identity of the indigenous people of Borneo.

Lasarus added that the presence of the Dayak Center at IKN Nusantara was an effort to introduce Dayak culture to the archipelago and abroad. Lasarus is optimistic that with this effort, Dayak will be increasingly recognized by the wider community, including foreign tourists. According to him, the Dayak Center will be able to prepare a number of souvenirs that can be souvenirs for migrants.

The Dayak tribe has 268 sub-tribes divided into 6 clans, namely the Punan, Klemantan, Apokayan, Iban, Murut, and Ot Danum. Each Dayak sub-tribe and ethnic group has almost the same customs, culture and traditions. The distribution of the Dayak tribe on the island of Borneo is also not only found in Indonesian territory, but also in neighboring countries, namely in Sabah and Sarawak, Malaysia.

The characteristics of the Dayak tribe can be seen from the cultural results that can still be observed today. These cultural forms include houses, clothing, weapons, languages, beliefs, and traditions. The traditional house of the Dayak tribe is in the form of a wooden stilt house called the Betang House. The traditional Dayak clothing for men is called King Baba, while for women it is called King Bibinge. There is also a typical weapon that is often used in the Dayak tradition, namely the Mandau.

Besides that, the Dayak tribe communicates in various regional languages ​​in daily conversation. The Dayak tribe has a belief called Kaharingan. Even so, now many Dayaks embrace religions such as Islam, Christianity, Catholicism, Hinduism, and Buddhism.

*) The author is an Analyst at the Nusantara Studies Institute