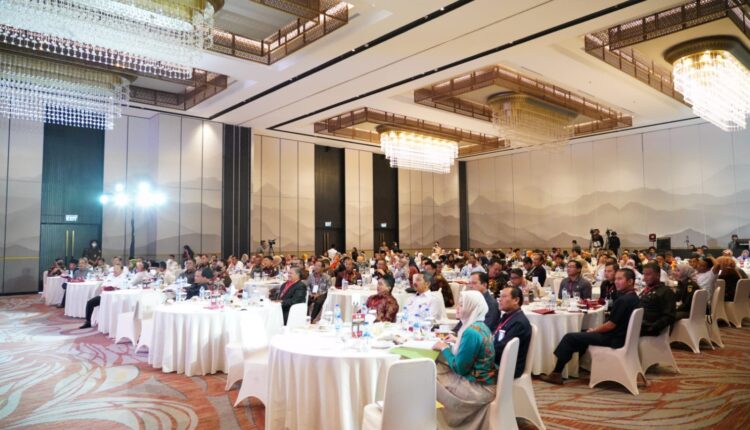 The brutal actions of the Papuan Separatist Terrorist Group (KST) need to be taken seriously, because the group has spread chaos which has resulted in casualties. Of course law enforcement against KST needs to be done for the sake of a safe and peaceful Papua.

The government continues to take various ways to end KST violence in Papua, including through a persuasive approach. In fact, dialogue efforts for peace in Papua have been made with many parties. However, only KST showed an uncooperative attitude.

The Coordinating Minister for Law and Security (Menko Polhukam) Mahfud MD said that enforcement of KST needs to be done, because the group has damaged harmony in the midst of societal peace.

This was also Mahfud’s answer to an accusation from a church organization that the government had never replied to a letter requesting dialogue related to resolving the Papuan conflict. This was previously conveyed by the Coordinator of Justice, Peace and Integrity of Creation (KPKC) of the Synod of the Evangelical Christian Church (GKI) of the Land of Papua, Dora Balubun. Responding to Dora’s statement, Mahfud said that the government had repeatedly conducted dialogue. Not only with church leaders, but also all elements of organizational institutions in Papua, such as indigenous peoples, DPRD, and the Papuan People’s Council (MRP).

He firmly said that the government had committed that Papua is an integral part of the Unitary State of the Republic of Indonesia, both politically, constitutionally and in international law.

The former MK Judge also said that the government remains true to its commitment to developing Papua in peace. Moreover, this has been written in Presidential Instruction (Inpres) Number 9 of 2020.

KST itself has a track record of causing riots, not only civilians who are victims, but TNI-Polri officers are also victims of KST terror acts.

KST often shows playing victim by voicing narratives of human rights so that countries outside Indonesia sympathize with KST’s efforts to release Papua from Indonesia.

KST members also frequently throw accusations of espionage to attack civilians. They once opened fire on motorcycle taxi drivers because they were suspected of being police intelligence. However, this accusation could not be proven because the police denied it.

Of course, the brutal acts carried out by the separatist group did not make the people of Papua prosperous, instead the people of Papua became even more miserable because the attack from the KST disrupted community activities such as buying and selling in the market.

It seems that KST’s criminal trail cannot be forgiven, especially since they often act on behalf of the people to carry out attacks on TNI-Polri officers. When in fact they are provoking the public to be able to separate from Indonesia.

Previously, the general chairman of the Papuan Indigenous Youth, Jan Arebo, firmly stated that the actions taken by KST deserved to be called terrorists. He also recommended and supported the BNPT to designate KST as a local terrorist organization.

Jan Arebo revealed that his party provided full support to the BNPT to establish KST’s status as a local terrorist. This is because they always spread terror, to murder.

The Papuan Separatist Terrorist Group (KST) has left many “traces of wounds” for Papua, they often spread terror and destroy public facilities to the point of causing fatalities. They also did not hesitate to attack the security forces with their weapons.

The Indonesian government and the Terrorist Separatist Group are again urged to carry out a “humanitarian pause” to prevent casualties from falling following the shootout that occurred in the Kiwirok District, Gunung Bintang.

However, the spokesperson for the pro-independence Papuan group stated that they would not stop the attacks as long as the Indonesian government did not want to sit together at the negotiating table mediated by the United Nations.

Even though the UN has rejected the planned Papua referendum, and decided that Papua and West Papua are an integral part of Indonesia that cannot be contested.

With atrocities that clearly violate human rights, of course the state is obliged to exist with a clear objective, namely to protect Papuans so that they can lead normal lives, without being overshadowed by terror and fear. When Papua returns to peace and conducive conditions without conflicts involving firearms, the government can calmly continue development in Papua.

Fighting and liberating Papua from various terror and crimes against humanity by KST is a concrete manifestation of the state’s presence to protect the basic rights of the Papuan people from the threat of terror which has clearly hampered development in Papua.

Security for Papua is a fixed price to continue to fight for. KST deserves a fair reward because they not only spread terror but also destroy the infrastructure built by the government.