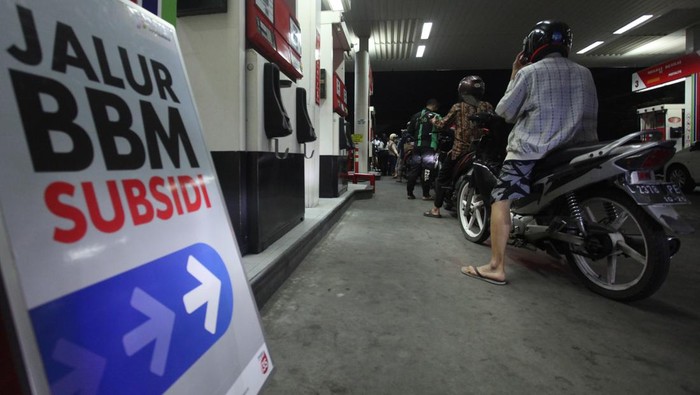 Price adjustments regarding fuel oil (BBM) must indeed be carried out in order to reduce the burden of subsidies that have been borne by the state, so that the State Budget can be used much more effectively and efficiently.

One way to achieve success in accelerating Indonesia’s economic recovery is to make the management of state finances more efficient. Therefore, the provision of subsidies must be much more targeted so that the burden on the state can be reduced and funding can be allocated for other things. Recently, what is being discussed is the policy on setting fuel subsidies.

The Coordinating Minister for Maritime Affairs and Investment, Luhut Binsar Pandjaitan, said the government was still developing a price adjustment scheme to reduce the burden of subsidies and fuel compensation in the APBN. The increase in world oil prices has pushed up the economic price gap, pushed up the selling price of Partalite and Solar fuel types, which resulted in an increase in subsidies and energy compensation. The current state budget includes energy subsidies and compensation of up to IDR 502 trillion. Without policy adjustments, that figure could exceed Rp 550 trillion by the end of the year.

The government will also continue to push for accurate data by implementing the MyPertamina application before the restrictions are implemented. Energy subsidies and policy changes will have to take into account several factors such as inflation, fiscal conditions and economic recovery. This is important to maintain national stability in the midst of global uncertainty.

Energy and budget subsidies can later be diverted to other less fortunate sectors, including those who cannot afford to receive compensation. In an effort to reduce subsidies and energy compensation, Luhut explained that the government will also take other steps such as accelerating B40 and adopting electric vehicles.
Core Economics researcher, Yusuf Rendi Manilet said that in the simulation conducted by the government, the state budget can still support compensation at least if it does not exceed the projected government fuel subsidy and compensation expenditure which is estimated to reach Rp 500 trillion by the end of the year.

So far, the government is still preparing a plan to adjust the fuel subsidy mechanism from commodity-based to individual-recipient-based. This strategy is carried out in order to reduce the burden of subsidies on the energy side which is so high and the fluctuations in world oil prices.

The Minister of Energy and Mineral Resources, Arifin Tasrif, informed that the government is currently making various efforts to reduce the burden of subsidies on the energy side. The latest policy will later focus on improving the negative data list of consumers who have the ability to buy mineral fuel instead of subsidies. The government is conducting a study to prepare a subsidized fuel distribution scheme that is right on target.

For this reason, it is necessary to collect data to make valid use of related consumption data. That way, the government can prevent leakage of subsidized fuel use, while at the same time guaranteeing that the subsidized product can be accepted by those who are entitled to receive it. It is hoped that the efforts made in the form of digital studies and implementations can be completed in a relatively fast time.

Coordinating Minister for the Economy Airlangga Hartarto informed that so far the status of the provision for the adjustment of subsidized fuel has entered the review stage. Related to the need due to the increase in fuel prices in terms of volume, as well as in terms of subsequent policies. With the study conducted by the government, of course, it will also take into account how the potential increase in inflation in Indonesia will be and also roughly how it will affect GDP in the future.

Other needs will also continue to be calculated and adjusted so that they can actually be realized because in the future, the government will carry out several compensation programs as well. As in social protection as when Indonesia was hit by the Covid-19 pandemic. Another reason why there has to be an adjustment regarding this fuel subsidy is that the price currently sold by Pertamina itself still has a large difference from the global level of fuel.

The Minister of Investment, Bahlil explained that the global Pertamax price should be equivalent to Rp 12 thousand, but in Indonesia the price is already around Rp 17 thousand so there is a difference of around 5 thousand. This price range is currently the burden of subsidies and compensation for the Government Revenue and Expenditure Budget (APBN). But on the other hand, he understands that the government’s policy is different from other countries that do not regulate the sale of fuel prices.

With all these problems, the main thing is to be able to re-regulate and reduce the burden on the state in the provision of fuel subsidies, the government should re-adjust the price so that in the future, the State Budget can be used more effectively and efficiently.

RKUHP Gives Justice to the Community