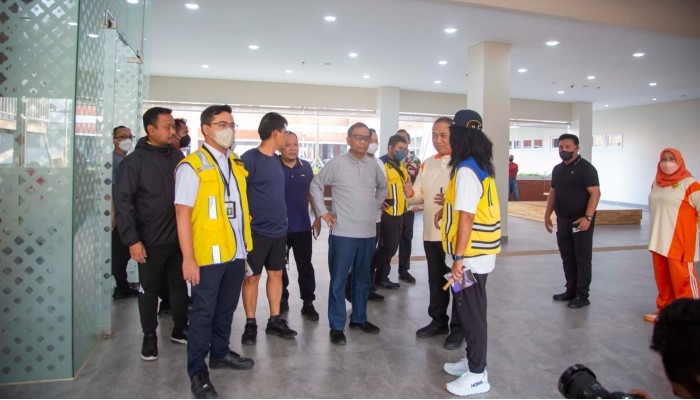 The Ministry of Public Works and Public Housing (PUPR) based on Presidential Regulation (Perpres) Number 106 of 2021 built the Nusantara Student Dormitory (AMN) in Surabaya. Construction has been carried out since September 2021 and completed on May 31 2022. The development of AMN Surabaya is carried out through the 2021/2022 budget.

AMN is a forum for uniting students from various ethnic groups, languages, cultures and religions; who come from various regions in Indonesia and are multi-university in nature.

AMN was built as a concrete response from the President of the Republic of Indonesia to the aspirations of 50 Papuan leaders at a meeting on 10 September 2019 at the State Palace. They conveyed to the Head of State the idea of ​​building a Student Dormitory which could act as a crater for the young generation, who are multi-cultural, love the Unitary State of the Republic of Indonesia, and are highly competitive in various fields.

The President of the Republic of Indonesia assigned the State Intelligence Agency (BIN) to become a catalyst in order to realize the development of AMN in a number of cities in the country. Apart from Surabaya, AMN is planned to be built in 6 cities in 5 provinces, namely in Surabaya, Makassar, Minahasa, Bantul, South Jakarta and Malang.

Director General of Cipta Karya Diana Kusumastuti said AMN was managed by the National Development University (UPN) Veterans, and currently it has 410 students from all provinces in Indonesia. The proportion of male students is 253 people while the number of female students is 157 people.

“Currently AMN Surabaya is managed by UPN Veteran and is already inhabited by around 410 students who come from all provinces in Indonesia and are currently studying at various universities in Surabaya and its surroundings.” Diana said quoted from the PUPR Ministry website.

Diana said AMN also provides a form of coaching for dormitory residents which is carried out by BIN through activities with the aim of increasing competence and understanding of nationalism, citizenship, Pancasila student character, defending the country, entrepreneurship, leadership, and pioneering.

“Apart from being a residence for scholarship recipient students, AMN Surabaya also functions for coaching activities whose implementation is supported by the State Intelligence Agency (BIN),” said Diana.