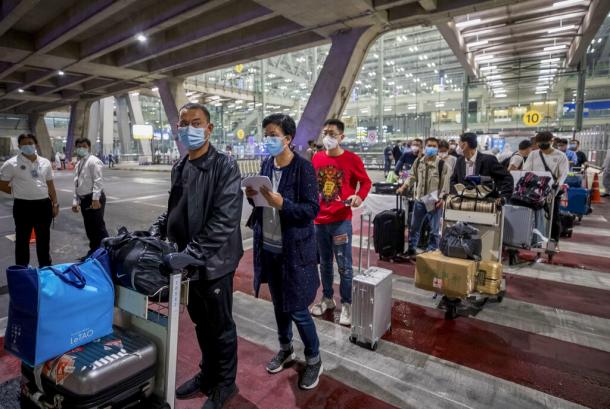 The government has officially released a circular regarding restrictions on travel abroad for all officials in order to suppress the spread of COVID-19 in Indonesia. This prohibition deserves appreciation so that officials can avoid the transmission of the Corona virus which can hamper state services.

Until now, the threat from the COVID-19 pandemic has not really ended because the status of the pandemic has not been suspended. In addition, in several other countries, there has also been a spike in transmission cases that must be taken seriously after the new Omicron subvariants BA.4 and BA.5 were discovered. Without exception, this also happens in Indonesia although it tends to be controlled.

To be more careful so that the transmission does not spread significantly again, the Ministry of State Secretariat (Kemensetneg) immediately issued a strict circular regarding the prohibition of official travel abroad. The circular letter is certainly made to prevent the possibility of COVID-19 infection which may occur either during the trip or while the officials are out there.

Even so, the contents of the circular also read that all foreign activities will be temporarily suspended, but if there are things that are very important and essential, then they are still excluded due to considering the urgency factor.

Since the circular letter was officially signed last Friday (22/7), all parties are asked to follow it and all agencies must supervise the implementation of policies. Furthermore, the Kemenstneg will also continue to provide periodic evaluations of the policies that have been made so that they can be more adaptive in accordance with the development of COVID-19 cases in the future.

This policy issued by the Ministry of State Secretariat is very worthy of appreciation because recently there has been an increase in COVID-19 cases. Data from the COVID-19 Handling Task Force Team shows that there have been additional positive cases reaching more than 4 thousand people, with the current total accumulation in Indonesia reaching more than 6 million people.

The data shows that the spread is still quite massive, even though the cure rate is also very high, namely more than 3,000 people have been declared cured with an cumulative total of negative COVID-19 patients of more than 5.9 million people. Regarding cases of people dying themselves, it can be said that the percentage is very small, namely 13 people with an accumulative total of around 150 thousand people.

On another occasion, Suhajar Diantoro as Acting Secretary General of the Ministry of Home Affairs stated to all Regional Heads to be able to comply with this ban on traveling abroad without exception. This also followed after a limited meeting agenda (ratas) was directly chaired by the President of the Republic of Indonesia Joko Widodo and conveyed that restrictions had begun not only on officials, but also on the whole community, unless they did travel abroad for personal reasons. essential only.

Even Suhajar also said that there should be mutual monitoring and mutual supervision if it turns out that there may still be some officials who do not apply these rules. Furthermore, the Acting Secretary General of the Ministry of Home Affairs also appealed to all regional officials to focus more on efforts to handle and control COVID-19 in the field.

Some things that are important to continue to be enforced for the whole community are to continue to apply health protocols, including local leaders who are able to further emphasize this rule. In addition, Suhajar appealed to them to continue to accelerate the distribution of vaccine doses evenly and also to tighten community activities.

Sanctions that may be imposed if there are officials who violate this provision, as has happened in the case some time ago when it turned out that there was still a Deputy Regent who traveled without clear permission, then he was immediately relieved of duties for up to 3 months. Therefore, the policy of prohibiting traveling abroad must be strictly adhered to by all parties.

It is undeniable that the beginning of the outbreak of the Omicron case in Indonesia happened because there was an Indonesian citizen (WNI) who had just returned from abroad, so maybe he brought the seeds of the virus and finally entered the country. Especially now that there has been a mutation and the birth of BA.4 and BA.5, the possibility of transmission will also be high.

Regarding this matter, Retno Marsudi, as the Minister of Foreign Affairs, immediately implemented efforts to limit travel to Indonesia