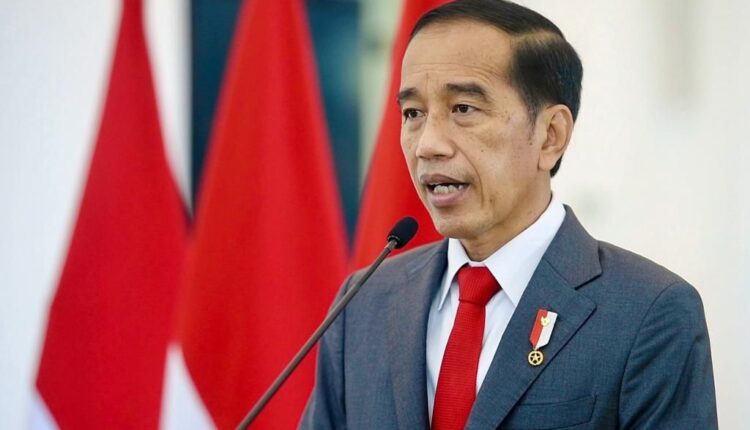 President Jokowi’s working visit succeeded in increasing the commitment of Japanese companies to make economic investments in Indonesia. President Jokowi’s series of working visits to East Asia was carried out to strengthen cooperation in the economic sector, both trade and investment. This is important to do considering the uncertain world conditions, and in the context of national economic recovery due to the Covid-19 pandemic.

Also joining the group, Minister of Foreign Affairs (Menlu) Retno Marsudi explained that the President’s visit this time brought positive results for Indonesia. During the visit, Indonesia succeeded in strengthening economic cooperation with these countries. This is due to the strong belief in economic growth in Indonesia from the government or the private sector from these East Asian countries.

The Foreign Minister added that this trust was born because in the midst of a world situation filled with rivalries and efforts to stem influence between countries, Indonesia actually strengthened friendships and concrete cooperation with countries in the world. This effort will continue to be carried out by Indonesia to strengthen global support in the Indonesian Presidency at the Group of Twenty (G20) Summit this year, while preparing itself for chairing in ASEAN next year.

One of the things that can be appreciated from President Jokowi’s working visit to East Asia is the commitment of a number of Japanese companies that convey their interest and plans to expand investment in Indonesia. Minister of Investment/Head of the Investment Coordinating Board (BKPM) Bahlil Lahadalia in stating that the investment commitment of Japanese companies to Indonesia has a very fantastic value, reaching a value of USD 5.2 billion, or around Rp. 75.4 trillion.

On the same occasion, the President said that as the fourth largest democracy in the world, checks and balances in the Indonesian government system are running well. The domestic political situation is also very stable, with good economic growth. The President also added that Indonesia has foreign exchange reserves of USD 135 billion, and he hopes that the investment in Indonesia can be useful for building a green economy, including in the energy transition sector.

Furthermore, Denso Corp. stated that it wanted to relocate its business from the United States in the four-wheel vehicle spare parts industry. Toyota Shuso in the field of managing the Patimban Port. Sharp Corp. in the field of air conditioning factory. Inpex Corp in the oil and gas industry, and Kansai Electronic Power in the power plant construction industry

In addition to meeting with high-ranking Japanese companies, President Jokowi also met with the Prime Minister of Japan, Fumio Kishida. In this meeting, an agreement was reached to strengthen cooperation in the fields of trade and investment. Then also obtained an agreement on the renewal of the economic partnership between Indonesia and Japan (IJEPA). In addition, from this meeting it was known that Japan stated its readiness to lend funds worth 43.6 billion yen or Rp. 4.7 trillion to Indonesia to build infrastructure projects.

For information, the Indonesian-Japan Economic Partnership Agreement or IJEPA is an agreement regarding the economic partnership between Indonesia and Japan based on the principles of the EPA (Economic Partnership Agreement). IJEPA is based on three main pillars, namely liberalization, facilitation of investment/trade and cooperation. IJEPA has a goal to improve the performance of trade in goods, trade in services, increase

Booster Vaccine is Effective in Preventing Various Variants of Covid-19