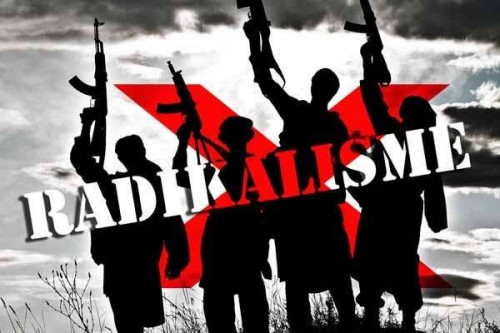 Radicalism has mushroomed on social media and must be watched out for, because radical and terrorist groups target young people. They are deliberately looking for new cadres there and parents should be more careful. Do not let the younger generation be damaged because of the actions of radical groups.

The government has tried hard to quell radicalism because it can destroy the nation. When Pancasila and democracy are replaced with a caliphate, don’t let Indonesia become a mess like Syria. The Khilafah is not a solution because it is not suitable for the conditions of a pluralist society with Bhinneka Tunggal Ika, because it can only be applied in monarchical countries in the Middle East.

Radicalism in Indonesia still exists because radical groups work in guerrillas, and they abuse social media to exist and add new cadres. Most of those targeted are young people because they are relatively more easily influenced and brainwashed. Therefore, the public is obliged to be aware of it, so that the younger generation is not poisoned by radicalism.

Member of Commission I DPR RI Taufiq R Abdullah stated that there must be increased vigilance against the spread of radical ideas on social media. Supporters of radicalism today understand very well that social media is the most effective medium to influence the younger generation.

Taufiq added that the spread of radicalism on social media was very massive and the impact was extraordinary, especially for young people. They (junior and high school children) are very vulnerable because they are in a period of searching for identity.

In a sense, radicalism must be more vigilant because many young people today have their own cellphones and are active on social media. Don’t let them be misguided and influenced by radicalism because they are exposed to various radical content that is deliberately spread on social media.

Radical content is very much in social media, especially on Instagram. There is even a special hash ( hashtag ) created by them, the goal is to make it easier to search. This must be watched out for because it can poison the minds of young people who are still rather unstable.

Radical content is mushrooming because currently there is excessive freedom, so that Indonesia is afraid of shifting from democracy to liberalism. When the gates of reform were opened in 1998, people were euphoric and free to express their opinions, because the New Order had silenced them for 32 years. But this freedom has turned out to be terrible because it is too free to express hate speech and radicalism on social media.

Do not let the internet change its function, from the beginning to increase knowledge and business networking , to become a place for spreading hoaxes and content of radicalism. When young people are almost addicted to the internet and open social media every day, they must be equipped with digital literacy. The goal is to survive the persuasion of radical groups.

Meanwhile, the Main Analyst of Special Intelligence Detachment 88 (Densus 88), Brigadier General Ibnu Suhaendra, stated that social media is a fertile medium for the spread of radicalism, intolerance and terrorism. The public should be more aware of it, especially since many of its users are young people. The effect is terrible because people who are influenced by radicalism want to be victims of bridal bombs.

The younger generation is the future leader candidate. Don’t let them be damaged because their minds are poisoned by radical groups. Young people should be directed to have many useful skills . Don’t be left addicted to Instagram and Twitter and get to know radical groups, and change drastically into radicals and terrorists.

Young people are targeted by radical groups because they have energy and enthusiasm, as well as creativity. What is feared is when young radical cadres misuse the clamor of social media to benefit radical groups. Like a student in Malang who is radical and pretends to be asking for donations on social media, even though the money is for radicalism purposes.

Therefore, parents should supervise their children more so that they do not fall into radicalism, aspire to jihad, and sacrifice their lives. Young children should be embraced warmly, because if they feel comfortable they will open up to their mother and father. Don’t leave them alone because they will feel neglected and unloved by their parents.

Young people who come from harmonious families will tell anything, and don’t look for escapism on social media. Most of the young radical cadres came from broken families and very secretive personalities. Therefore, prevention must be done, so that the younger generation is not damaged by radicalism and terrorism.

The public must be aware of radicalism on social media because the victims are young people who are still innocent. Their brains were poisoned and then made new cadres, and after a long time they were directed to become victims of bridal bombs. Don’t let the younger generation ruin their future because of radical groups. Therefore, radical content must be reported to the cyber police and parents must embrace their children, so as not to seek escapism on the internet and be influenced by radical groups.

Government Encourages Increased Investment with US