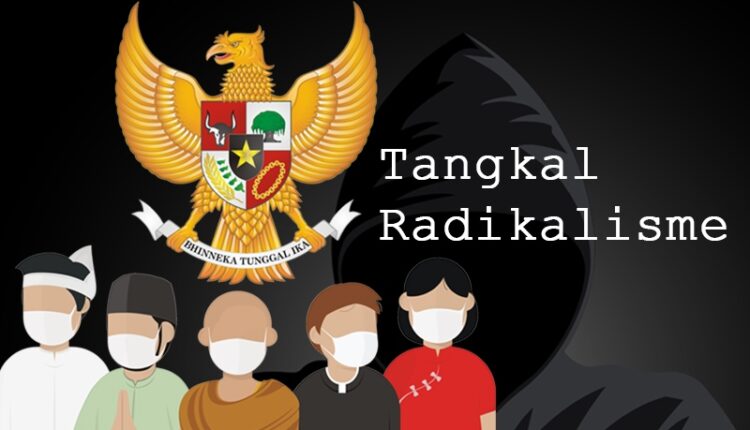 The Khilafah System is Contrary to Pancasila

The caliphate system brought by radical groups and terrorists is very contrary to Pancasila. Therefore, radical groups must continue to be eradicated, so as not to damage Indonesia in the future. Pancasila is the basis of the state and cannot be replaced by any teaching.

Pancasila is the basis of the Indonesian state and cannot be replaced with other systems, because Pancasila is very suitable for the conditions of a pluralistic society. The founders of the nation such as Bung Karno had conceptualized Pancasila in such a way that it was very compatible with the democratic system implemented in Indonesia. With Pancasila, the community will be more religious as well as tolerant of others.

But unfortunately there are radical groups and terrorists who want to replace Pancasila and democracy with a caliphate. In fact, this system is not suitable in Indonesia because it cannot respect differences, and is only suitable to be applied in Middle Eastern countries whose systems are monarchies. Indonesia has never been a monarchy because since independence it has used a democratic system.

Inspector General Ibnu Suhendra (Deputy II of the National Terrorist Countermeasures Agency/BNPT) stated that the caliphate ideology brought by radical and terrorist groups was contrary to Pancasila and the 1945 Constitution. Groups that were allegedly radical promoted the caliphate which could threaten state sovereignty.

Radical groups enter the realm of politics even though they are not political parties, and this is wrong because they are not the authorities. But it’s as if they own Indonesia and want to manage this country as they please. Radical groups do not have the right to replace Pancasila with a caliphate system because they do not have positions in Indonesia, but they seem to be pretending and pretentious.

If we look at history, before Indonesia’s independence, there was an agreement from Bung Karno, Bung Hatta, and other heroes, to form a democratic state based on Pancasila. There is no option other than Pancasila because it is in accordance with Indonesia which is a union of many ethnic groups and cultures of the archipelago. Pancasila can protect the 6 beliefs recognized by the government.

Pancasila is the unifier of Indonesia. Therefore, Pancasila cannot be replaced and contested, and radical groups have no right to impose a caliphate system as a substitute for Pancasila. What right do they have to replace it, when before 1945 they did not participate in the struggle against the invaders? But when it came it wanted to spread the caliphate and mock the government.

How strange when radical groups want to replace Pancasila with a caliphate. They do not respect the struggle of the heroes who fought against the invaders and freed Indonesia. The heroes want Indonesia to be united and have been united with Pancasila, which can embrace all circles, but the caliph cannot unite them because they do not respect differences.

Radical groups also want to establish a caliphate state above other countries. It’s weird and illogical. In addition, they also use violent methods such as bombing and sweeping indiscriminately. If radicalism is eradicated, it is very natural and should not consider this a violation of human rights, because radical groups are defectors and traitors to the state.

Meanwhile, Muhammad Syauqilah, Chairman of the Counterterrorism Agency for Extremism and Terrorism of the Indonesian Ulema Council (MUI), stated that the caliphate was a system that had existed for a long time (since the era of the Prophet) and was continued until the Ottoman era in Turkey, in 1923. the use of the terminology of the caliphate has been completed. Khilafah means power so it doesn’t need to be used anymore.

In a sense, the caliphate has ended almost 100 years ago and there is no continuation. If the radical group still insists on establishing a caliphate state, then it is the same as a fatal setback. Indonesia needs progress by means of hard work, not setbacks by replacing Pancasila with a caliphate, which is not in accordance with the current situation.

Muhammad Syauqilah continued, the scholars who lived in the pre-independence era had made an agreement with the founding fathers of the nation. In a sense, radical groups have never read history books and played attacks by insulting the government as tagut. Whereas the democratic system is an agreement between the ulama and the government, and there is no injustice in it.

The eradication of terrorism and radicalism must be carried out vigorously, so that no more ordinary people are deceived by radical groups. They should not be consumed by hoaxes and propaganda, and carried away by dreams of a caliphate state. If the radical group has disbanded (and is prohibited from being re-established), then no Indonesian citizen will be exposed to radicalism and pro-caliphate.

The caliphate system brought by radical and terrorist groups cannot be applied in a pluralist Indonesia and its society consists of many different cultures.