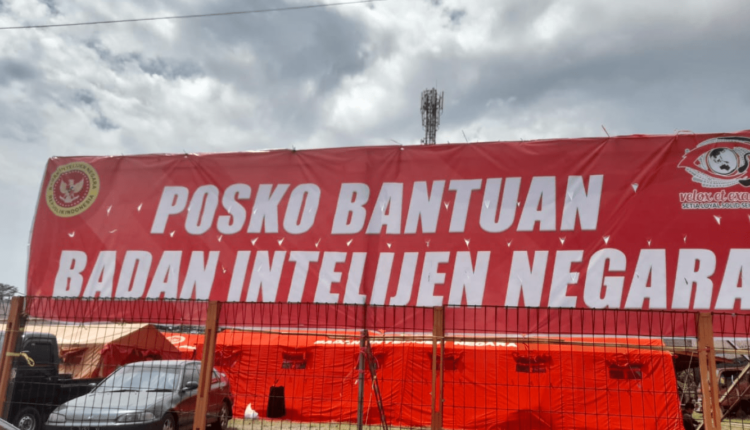 The State Intelligence Agency (BIN) is helping Cianjur residents who are in trouble due to the earthquake. Assistance came not only in the form of food, money and health facilities. BIN also set up document preparation posts so that Cianjur residents could take care of returning important papers that were lost when their homes were destroyed by the earthquake.

The people of Cianjur are grieving because their area was hit by an earthquake, and many of them had their houses damaged. Not only was it partially damaged, but there were people who actually lost their homes because everything collapsed. They are miserable because they lost their belongings, but are grateful because they were still saved from the earthquake and able to survive even in the evacuation tents.

Not only did they suffer material losses, Cianjur residents also suffered because many of their documents were lost or damaged by the earthquake. They also couldn’t have come to the house and dredged up the rubble, because the officers might have cleaned it up. Even though documents such as KTP, KK, and other documents are very important for managing population administration.

To help the Cianjur residents, BIN came to provide assistance in the form of food, medicine, and facilities in the form of document preparation posts. In making this post in collaboration with the Task Force Directorate General of Population and Civil Registry of the Ministry of Home Affairs (Ditjen Dukcapil Kemendagri).

Brig. With the arrival of the Directorate General of Dukcapil, the Ministry of Home Affairs, they can give back the documents they already have. This includes identity cards, family cards, birth certificates and death certificates.

Brig. Until now the process is still running and data collection is still around 70%. Whether it’s a document that is damaged, lost, or a new creation.

The people of Cianjur really appreciate BIN’s brilliant move because they did not only provide logistics and medicines. But also assistance in the form of document preparation posts. BIN realizes that personal documents such as KTP and KK are very important. Therefore, earthquake survivors can make it back at the command post, because the old one has been damaged or lost.

The earthquake survivors did not have time to take their valuables with them, including folders containing important documents. They prefer to save themselves and their families, and practically only bring clothes that stick to their bodies. After arriving at the tent, he realized that he had left his KTP behind, but it was impossible to retrieve it because it was lost along with the rubble of the earthquake.

At the document preparation post, earthquake survivors queued up to have their ID cards, family cards and other important documents made. Of course there is a data collection process first. They queued patiently because they knew that many Cianjur residents also needed ID cards and new documents.

Then death certificates are also needed, especially since there are more than 300 victims of the Cianjur earthquake who died. A death certificate is needed to arrange the renewal of the family card and various other needs. For example, to take care if the deceased/deceased has outstanding debts to the bank.

Indri added that this equipment makes it easier to produce population documents, so that people can print and retrieve them directly. If it is made quickly, it will make it easier for the public to obtain new documents.

The document preparation post in Cianjur was packed with earthquake survivors who were about to make new KTPs. Those who have lost their KTP need it for various purposes, for example to later apply for a job, fill out important forms, etc. KTP is a very important document and should not be lost. Therefore, the earthquake survivors were happy because BIN facilitated them with document preparation posts.

The people of Cianjur are grateful because they can arrange documents directly at the posko. They don’t have to go to the provincial capital to apply for ID cards and various other documents, because the Cianjur Dispendukcapil office could also be heavily damaged by the earthquake.

BIN helps Cianjur residents from various sectors, starting from providing assistance in the form of food, medicine, trauma healing, to important document preparation posts. BIN realized that Cianjur residents really needed documents because they were lost during the earthquake. Therefore, the document production post is also equipped with sophisticated tools so that documents can be completed quickly.

)* The author is Persada Institute