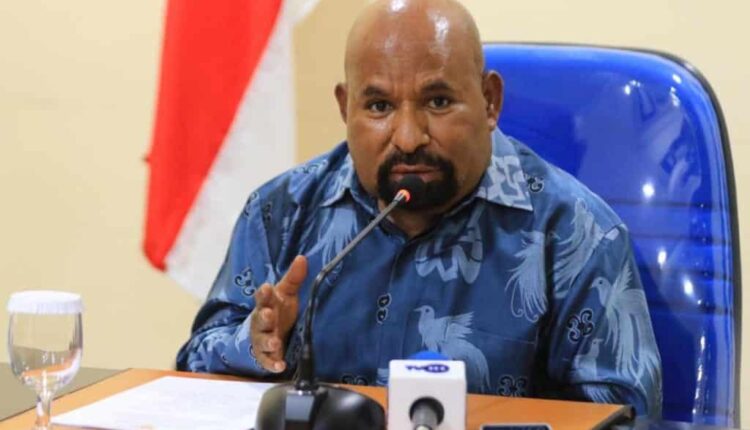 The chairman of the Papuan Customary Council urged Lukas Enembe to obey the law and undergo an examination. The KPK is an authorized anti-corruption agency, and its call must be obeyed. Lukas must take responsibility for his mistakes and answer questions from KPK investigators.

Papua Governor Lukas Enembe is still a suspect in corruption and gratification cases. He was proven to have taken people’s money and the KPK has been investigating the case since 2017. However, until now, he is proven not to have come to Jakarta to fulfill the KPK’s summons on the grounds of heart disease and stroke. In the end, the KPK had to fly and examine Luke Enembe.

In a sense, Lukas Enembe must obey the law and want to be examined by the KPK and obey legal decisions. The evidence has been collected by the KPK since 2017. As a governor, he should be a gentleman and set a good example for the people.

In fact, Luke’s attitude, which has been avoiding the examination, has made the public’s suspicions even greater. He has been named a suspect for two months, but has been absent from the examination twice. If Lukas is innocent, why is he afraid of being summoned by the KPK?
Then, Lukas was considered a customary child by the customary leader. As a Papuan customary child, he must uphold customary law. According to customary law, if a person is guilty, he must admit his guilt and face the consequences.

Ondofolo’s statement (customary leader) regarding Lukas Enembe’s status as a customary child does not mean that he can undergo examination under customary law. The point is, he must uphold customary law and behave in an orderly manner, because indigenous peoples live with discipline and still obey the laws that exist in Indonesia. Luke’s case cannot be resolved by customary law because it has entered the criminal realm.

If Lukas Enembe obeys the law, the case will end quickly and he will receive his reward, which is a minimum of 4 years in prison. If the case is over, the situation in Papua will return to order, because the community is currently divided into two camps: those who defend and those who want Lukas to be investigated immediately. Don’t let the case of Luke cause conflict between residents and harm themselves.

The camp that defends Lukas Enembe is still loyal to guard around his house, in Jayapura. They’ve been there for over a month. This is certainly detrimental because they become hostile to residents who want Lukas Enembe to be investigated immediately. Then, they also do not work at all and will harm their wives and children at home, because they do not come home with money.

Previously, the Customary Chief from Keerom, Papua, Gasper May, stated that Lukas Enembe had to provide clarification and accept the KPK’s summons. The Papuan people are also not allowed to interfere with Luke’s legal case, even though they know about it. They also must not be provoked by propaganda that is deliberately spread so that more people are pro-Lukas and then protect him.

In a sense, Luke Enembe must obey the law and obey the rules of the state. Even though he is a governor, he is still a law-abiding citizen, because Indonesia is a state of law. Don’t let him feel like a high-ranking official and try to evade the KPK’s summons, because in this country no one is above the law.

The Papuan people are also asked to be orderly and not to be divided because of the Lukas case. Let the KPK work so that this case is quickly resolved. If the community persists in wanting to keep watch around Luke’s house, they could be punished for obstructing the legal process of a suspect.

The public is also advised to remain calm and not be influenced by hoaxes or propaganda circulating in cyberspace. The case of Luke Enembe is pure corruption, not politics. There is no cheating in it, or an invitation to prosecute Luke from his political opponents (who want his office). The KPK has been investigating this case for years and has nothing to do with politics.

Lukas Enembe shouldn’t just hide in his house and pretend to be sick because his actions are not manly at all. He should have obeyed the law and as a governor he should have understood the law in Indonesia.

If Luke doesn’t cooperate then the case will never be finished. The Papuan people are disadvantaged because they find it difficult to take care of the administration, because they need the governor’s signature, while Lukas has been absent from work for more than a month. Lukas Enembe must face his problems and obey the law in Indonesia and do not pretend to be sick, because it will harm many people.