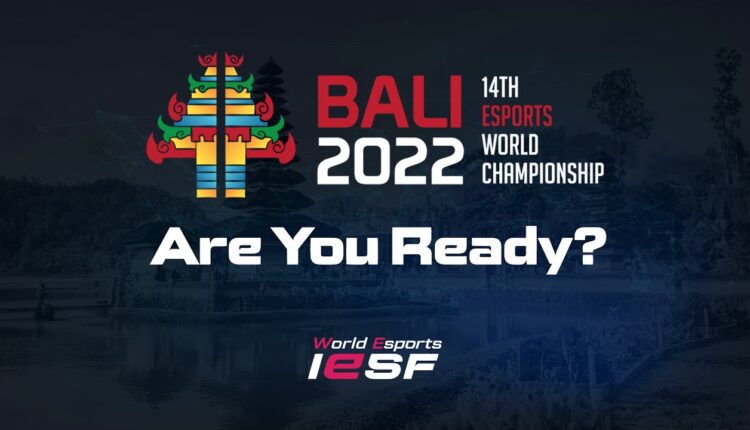 Budi Gunawan as General Chair of the Indonesian Esport Management (PB ESI) is considered successful in advancing Indonesian esports. This is evident from the success of holding the Indonesia Esports Summit, one of the series of which is the prestigious Esport championship titled The 14th World Esports Championship.

As is known, the 2022 world esports championship ‘The International Esports Federation’ (IESF) will be held in Bali from 2-11 December 2022. The IESF Bali 14th World Esports Championship 2022 will be held in Merusaka, Nusa Dua, Bali.

IESF is a global organization based in South Korea whose mission is to make Esports recognized as an official sport. Initially, this federation was spearheaded by esports associations from nine countries, namely South Korea, Denmark, Germany, Austria, Belgium, the Netherlands, Switzerland, Vietnam and Thailand, which was first established on August 8, 2008.

The 14th annual event for the world-class esports arena, the IESF World Esports Championship 2022. More than 120 countries will participate in this competition.

PB ESI as the organizer of the 2022 IESF World Esports Championship received a lot of appreciation for the success of the event. In fact, not a few parties claim that this event is the largest outdoor esports event in the world.

Bambang said that his party wanted to convey a message to the wider community and stakeholders–the government, industry players, the world of education, that esports is a positive field for people who have intelligence, creativity, discipline, and a high work ethic.

Because of this, PB ESI is optimistic that the Indonesia Esports Summit: Bali 14th World Esports Championships will become a strong foundation for Indonesia in the future as one of the world’s esports centers and barometers.

This data is strengthened in the Indonesia Esports Industry Outlook 2021, according to data from Evos Esports (one of the largest esports teams in Indonesia) out of a total of 274.5 million gamers in Southeast Asia, Indonesia contributes around 43% of the total. In addition, Indonesia also contributed the largest revenue worth USD 2.08 billion or around IDR 30 trillion.

For this reason, Indonesia’s victory in the Indonesia Esports Summit: Bali 14th World Esports Championships 2022 is the key to PBESI’s success in its commitment to advancing Indonesian esports.

Head of Law and Legality and spokesperson for the Indonesian Esports Council (PB ESI), Yudistira Adipratama, who said esports is a new market sector with rapid development in Indonesia.

The momentum for the development of esports in Indonesia and globally is very positive. There are 465 million esports viewers worldwide, up 6.7 percent from the previous year, and more than 3.24 billion gamers overall. Indonesia alone has more than 53 million gamers and continues to grow.

Indonesia’s victory as the overall champion in the 2022 Indonesia Esports Summit and the 2022 Bali 14th World Esports Championships is also a signal of increasing awareness of all stakeholders about the potential of esports to boost the digital economy.

Since the beginning of his inauguration, the General Chairperson of PBESI, Budi Gunawan, has immediately prepared various strategic steps with full of optimism to be able to continue to make progress in order to build the development of Indonesian esports in a much better direction in the future and to be able to advance other sectors in Indonesia, such as the economy and tourism. .

Budi Gunawan said that the mission to make Indonesia the leader in esports in Asia is not impossible to achieve. Budi Gunawan assesses that Indonesian Esports athletes have a lot of potential that can be further optimized.

For this reason, the victory of the Indonesian national team in the World Esport Championship or the 2022 IESF World Esports Championship, which will take place in Bali, will become a momentum to voice the development of esports throughout the world, including in Indonesia.

)* The author is a socio-economic observer

PORBIN and PB ESI are Committed to Advancing National Sports