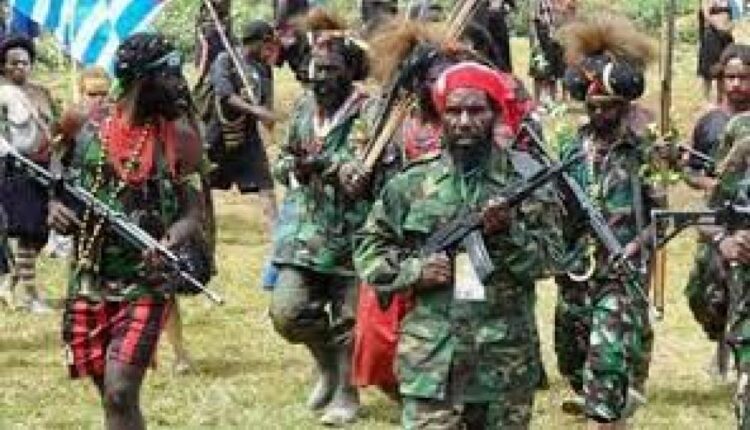 KST as the Real Enemy of the Indonesian Nation

The Papuan Separatist and Terrorist Group (KST) is the real enemy of the Indonesian people because this separatist group not only attacks residents, but also security forces. There have been too many injuries and fatalities due to KST’s atrocities. Therefore the community, especially Papuans, agree with eradicating KST. The reason is because this group can endanger their lives.

KST are guard personnel under the command of OPM (Free Papua Organization). They are tasked with succeeding OPM’s ideals, for the glory of West Papua. Their mad desire to liberate Papua turned into venomous ambition, so that KST turned like a terrible monster and made every effort to make the Federal Republic of West Papua stand up and separate from Indonesia.

The KST has caused a lot of suffering to the people and carried out many attacks during 2022. Therefore this separatist group should be made an enemy of everyone. Not only Papuans but also Indonesian citizens. The reason is because KST endangers the lives of many people and worsens the image of Papua in the eyes of the world.

Military and Intelligence Observer, Susaningtyas Kertopati stated that indeed the whole community must condemn KST, especially after there were incidents of barbaric killings and acts of physical violence in Papua. Where many lives of PT PTT field workers and technicians were lost due to the KST attack.

Susaningtyas added, KST is trying to carry out the task of accelerating the distribution of digital connectivity in Indonesia, especially in Papua. Some KST Papua members are currently carrying out their actions based on pragmatism, not just based on ideology.

This cruel incident took place in March 2022 and even though almost a year has passed, the wounds are still being felt. Telecommunications workers sacrificed their lives for the progress of the Papuan people. Meanwhile, the people also suffer because development projects and communication development are hampered.

So far, KST has been the enemy of the people, especially Papuans, because they always hinder progress in Papua. The proof is that the KST is disturbing the people to get a bad communication signal by attacking the PTT workers. Even though signals are really needed for Papuans, to sell via online shops, etc.

Apart from that, KST is also an enemy of the people because they once killed a teacher, even though his energy is needed to educate Papuan children. They also once set fire to the school building. This proves that they are anti-education. In fact, only with education can the Papuan people be more advanced and change their destiny for the better.

Therefore the Papuan people agree that there will be decisive, measurable action for KST. The reason is because they are the great enemy of the people which is very detrimental. Losses in terms of material and non-material. Too many people’s lives have become victims of KST’s atrocities.

Vice President K.H. Ma’ruf Amin stated that the apparatus (TNI and Polri) took firm action against KST who had made trouble in Papua. Firm steps were taken as a legal action, as proof that the state was there (Papua). There should not be any rioting and separatist actions that could endanger the country and especially the people of Cendrawasih.

Vice President K.H. Ma’ruf Amin continued, there is a group (KST) that deliberately causes trouble so that the Papuan people feel uneasy. The state must be present and maintain the security of citizens, so they can earn a living and carry out their activities in peace (without fear of being shot by KST). A territorial approach to KST needs to be carried out, both by the local government, TNI and Polri.

In a sense, the order to act strictly on KST came directly from the vice president. He was furious because KST had repeatedly carried out attacks in Papua. Even this December, there were a lot of casualties from the attack. KST has violated the boundaries of humanity by killing other people’s lives ruthlessly.

Apart from that, KST also had the heart to behead a citizen who was considered an enemy. Although they reasoned that those who were killed were intelligence officers, their accusations were wrong because the victims were only ordinary civilians. This accusation is very often made by KST and harms Papuan civilians.

The KST atrocities were regretted by the people because they attacked the security forces. After all, the police are friends of the people. Moreover, the victims were civilians who followed the police entourage. The victims were Papuans but were shot by KST in the heart.

Therefore, when there is an operation to arrest KST members, the community supports 100%. They don’t mind it, because even though KST is both Papuan, his behavior has harmed civilians in Cendrawasih Land. KST is a group of people who act brutally and often commit murders, therefore they must be caught quickly.

KST is the real enemy of the Indonesian people, especially the people of Papua. The KST attack was immediately criticized for being so inconsequential and causing suffering to the people. They could not move freely for fear of becoming victims of the KST attack. Therefore, the separatist group continues to be hunted down so that it no longer disrupts peace on Cendrawasih Earth.

The Criminal Code Responds to Existing Developments in Society