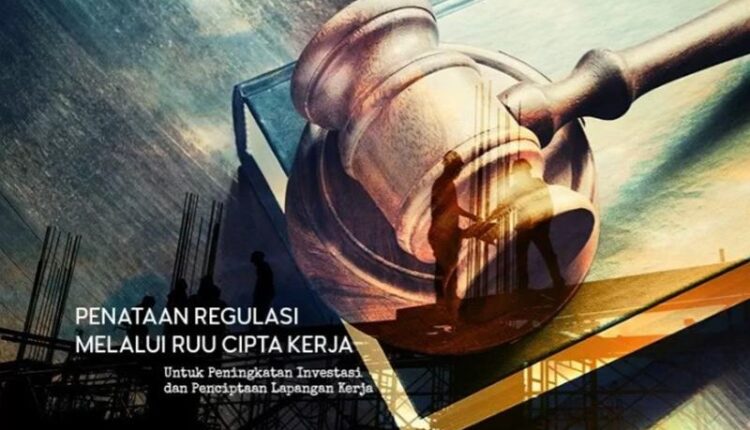 The Constitutional Court (MK) provides a very wide opportunity to continue discussing and re-discussing all the public who may still object to the issuance of the Job Creation Perppu.

The issuance of the Job Creation Perppu is a substitute for the enforcement of Law (UU) Number 11 of 2020 concerning Job Creation, which was a decision from the MK that was issued in November 2021. Not without reason, because the Constitutional Court considers that the merging method or omnibus law in the Job Creation Law is not at all clear whether this method constitutes making a new law or revising it.

With the issuance of this Perppu Cipta Kerja, in fact, until now, the public is still discussing it and making it a polemic because pros and cons continue to emerge in it. Even so, President Jokowi himself considered that the birth of pros and cons in society, especially because Indonesia adheres to the principles of democracy, is a very natural thing to happen.

In addition, President Joko Widodo then ensured that the issuance of Government Regulation in Lieu of Law (Perppu) Number 2 of 2022 was entirely in accordance with the regulations and in the future it would be very beneficial for all Indonesian people, especially for workers because in this Perppu able to protect workers from the threat of termination of employment (PHK) carried out by the company unilaterally.

Then, the Coordinating Minister for Politics, Law and Security (Menko Polhukam), Mahfud MD delivered several answers to public criticism regarding the issuance of the Job Creation Perppu. According to him, in fact there is criticism because there are still many parties who have never read the full contents of the Perppu.

Even so, he still made excuses for various parties to continue holding public discussions about the Job Creation Perppu so that it could continue. It’s not only that there are parties who don’t know the full contents of the Perppu, but there are still quite a few parties who don’t fully understand how the Constitutional Court’s decision was made.

Furthermore, the Indonesian Coordinating Minister for Political, Legal and Security Affairs also stated that indeed improvements to the Job Creation Law could have been carried out through the mechanism of issuing a Perppu, so in fact the position held by the Perppu itself is of the same degree as the improvements made by the Government of Indonesia through the Law, that is how the legal system applies. in Indonesia. However, he absolutely cannot deny that there are parties who are still dissatisfied and are still criticizing the existence of the Perppu, so he very openly encourages the public who really want to question the contents of the Job Creation Perppu very broadly, but procedurally, everything has been resolved. finished.

Even after Perppu Number 2 of 2022 is issued, in fact this policy does not immediately replace the entry into force of the Job Creation Law, but there will still be several reviews carried out, namely a political review from the People’s Representative Council of the Republic of Indonesia (DPR RI), which will be made at the next trial.

Not only that, but there will also be an opportunity for all parties who reject or still object to the issuance of this Government Regulation in Lieu of Job Creation (Perppu) to submit a judicial review lawsuit to the Constitutional Court.

Even President Jokowi himself also asked all people who might still object and reject the existence of this Perppu Cipta Kerja to be able to submit it through a judicial review at the Constitutional Court through a legal mechanism that is valid and valid in the country because Indonesia is a legal country that adheres to democratic principles. so that voices from the public will definitely continue to be accommodated and listened to by the government.

On another occasion, the Coordinating Minister (Menko) for the Economy, Airlangga Hartarto said that the issuance of the Job Creation Perppu carried out by President Jokowi was indeed urgent because of the very high global economic uncertainties and also the threat of a global recession which threatened the country’s economy.

In fact, the issuance of Perppu Number 2 of 2022 is indeed an answer to all the government’s considerations regarding the many urgent needs earlier, which are considered very important to immediately accelerate anticipation of global conditions, to the threat of increasing inflation to the threat of stagflation.

Even though the Perppu on Job Creation has been officially issued, the opportunity to re-discuss the issuance of the Perppu is still very wide open for all parties who have objections to immediately submit a judicial review to the MK.

KST as the Real Enemy of the Indonesian Nation

The Arrest of Lukas Enembe is Pure Law Enforcement