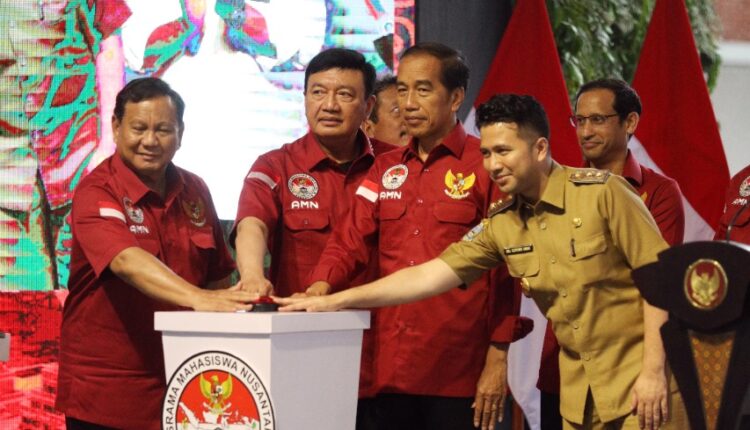 The Surabaya Archipelago Student Dormitory (AMN) has been inaugurated by President Joko Widodo (Jokowi). This inauguration by President Jokowi is seen as a sign of the emergence of a new era of diversity within the framework of the Unitary State of the Republic of Indonesia which is based on Pancasila and the 1945 Constitution,

AMN was built as a concrete response from the President of the Republic of Indonesia to the aspirations of 50 Papuan leaders at a meeting on 10 September 2019 at the State Palace. They conveyed the idea of building a student dormitory that could act as a crater for the multi- cultural young generation , who love the Unitary State of the Republic of Indonesia, and who are highly competitive in various fields.

AMN is a forum for uniting students from various ethnicities, languages, cultures and religions who come from various regions in Indonesia and from various tertiary institutions. The decision to issue the Presidential Decree is the right thing in building a sense of Indonesia’s diversity and unity.

Head of the State Intelligence Agency (BIN), Budi Gunawan said the development of AMN was a joint project of the nation involving various Ministries, Institutions and the Provincial Government (Pemprov). Meanwhile, the management and development of AMN is carried out by the Ministry of Education and Culture by involving BIN, TNI, Polri, Kemenpora and Pemrov .

The Head of BIN also added that this AMN would become one of the centers for the birth of future national leaders who are highly competitive, have a spirit of defending the country, have a strong sense of nationality within the framework of the Unitary State of the Republic of Indonesia, and are loyal to Pancasila and the 1945 Constitution.

Communication that is established in various program activities in AMN such as the coaching program conducted by BIN will strengthen relationships and create open-mindedness about differences, thereby creating diversity among students living in AMN.

BIN has the capacity to conduct coaching programs for AMN students. This is because BIN is a non-ministerial government institution that works in the intelligence sector to maintain national security and resilience.

In addition, this AMN is used to accommodate outstanding students from various regions of Indonesia studying in Surabaya. The AMN program is expected to be effective and to be the right step for the government in distributing education and building the diversity of the Indonesian nation.

It is hoped that this AMN will become a model home for diversity in building Pancasila values and the constitutional basis of the 1945 Constitution. Home with the Archipelago, for students of the nation’s younger generation by carrying the values of Pancasila and Bhinneka Tunggal Ika.

)* The author is an Analyst at the Center for Archipelagic Studies