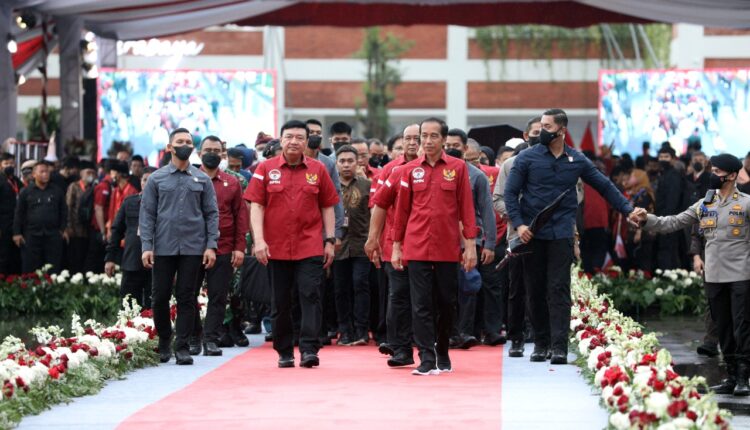 The Nusantara Student Dormitory (AMN), which was inaugurated by President Joko Widodo on Tuesday 29 November 2022, is a forum for uniting students from various ethnic groups, languages, cultures and religions who come from various regions in the country.

As a catalyst given the mandate by the President in the construction of the Archipelago Student Dormitory (AMN), the State Intelligence Agency (BIN) continues to work by organizing coaching and instilling the values of diversity in future national leaders.

The construction of AMN in the city of Surabaya, East Java was carried out by the Ministry of Public Works and Public Housing (PUPR). AMN was built on an area of 9,975 m² belonging to the East Java Provincial Government.

The purpose of the construction of the AMN is so that it can be used as a joint residence for scholarship recipient students from various regions in Indonesia without distinction, whether they study in Surabaya and its surroundings.

The development of AMN itself refers to Presidential Regulation (Perpres) Number 106 of 2021 which aims to create a forum for coaching so that it can further strengthen the unity and integrity of the younger generation in tertiary institutions.

The Perpres also stated that the purpose and objective of establishing AMN was to increase the value of national diversity and a sense of national brotherhood. For students who have diverse ethnicities, languages, cultures and religions and come from various tertiary institutions, it is necessary to assimilate students.

With Presidential Decree 106/2021, the development and management of AMN aims to build a sense of love for the nation and country among students from various tertiary institutions throughout the territory of the Unitary State of the Republic of Indonesia; and prepare human resources with quality, integrity and national character.

According to the Director General of Human Settlements of the PUPR Ministry, Diana Kusumastuti, the AMN building is under management, there will be many coaching activities for all students organized by BIN.

“Apart from being a residence for scholarship recipient students, AMN Surabaya also functions for coaching activities whose implementation is supported by the State Intelligence Agency (BIN),” he said.

Of course, all of this guidance is in accordance with Presidential Regulation Number 106 of 2021.

BIN itself is indeed very instrumental and influential in the development process and also the management of AMN Surabaya.

Head of the State Intelligence Agency (BIN), Police General ( Purn ). Prof. Dr. Budi Gunawan, SH. MSi ., said that the development of AMN was a follow-up to President Joko Widodo’s direction, in which AMN aims to become a role model for a house of diversity , a home for the nation’s young generation by carrying the values of Pancasila and Bhinneka Tunggal Ika.

The development of AMN itself is made up of various Ministries and Institutions.

On this occasion, the Head of BIN expressed his hope that AMN would give birth to future national leaders.

“AMN residents are prepared to become student pioneers, motivators, initiators and agents of change who are able to transmit the spirit of unity in diversity and love for the country to develop their respective regions within the framework of the Unitary State of the Republic of Indonesia,” said the Head of BIN.

Apart from Surabaya, Makassar and Minahasa, AMN will also be built in DKI Jakarta, Bantul and Malang.[]