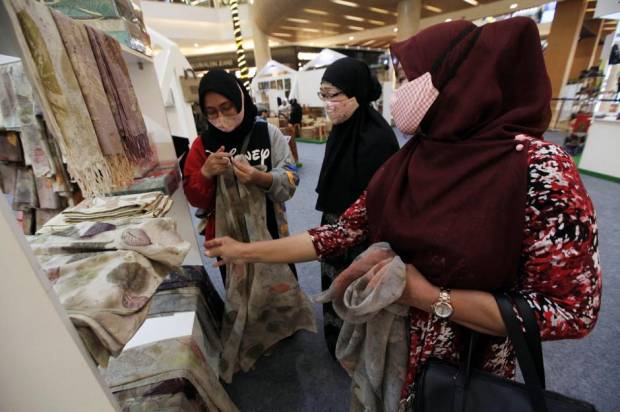 The government continues to facilitate the legality of the Business Identification Number (NIB) for all MSMEs (Micro, Small and Medium Enterprises) in Indonesia because their role is very important to continue to support the fundamental condition of the country’s economy.

One of the problems that has been haunting MSME actors is the legality of NIB licensing which is still considered complicated and not easy to manage. Knowing this, the Government through the Ministry of Investment directly provides NIB for individual MSME actors in the Special Region of Yogyakarta. This activity was carried out in the framework of cooperation between the Investment Coordinating Board (BKPM) of the Ministry of Cooperatives and MSMEs and the Regional Government. Deputy for Investment Services at the Ministry of Investment/BKPM Achmad Idrus said around 600 MSME players were present.

Achmad Idrus added that the roadshow activities within the framework of the Ministry of Investment/BKPM program in 2022 were carried out at as many as 20 points. It is hoped that with the legality of the NIB, MSME actors will have easy access to capital in financial and banking institutions.

The NIB program for MSME actors is one of the Government’s efforts so that more MSMEs in Indonesia have formal legality. It turned out that this program had a very positive impact on them to be able to further accelerate the acceleration of national economic recovery. At the same time, it also answers all the concerns of MSME actors so far in managing NIB which is considered complicated so that they also have difficulty accessing capital in financial institutions such as banks.

The Deputy Governor of DI Yogyakarta, Sri Paduka Paku Alam X explained that indeed the NIB for MSME actors is a must because having it will also function as a company registration sign, importer identification number, and access rights to customs, where business actors who get an NIB as well as be registered as a participant in social health insurance and employment social security.

The Minister of Investment, Bahlil Lahadalia stated that the lending credit that had been carried out by MSME actors was not even more than 20 percent, even almost 50 percent of MSMEs in Indonesia were still informal or in other words they still did not have official permits. The government targets as many as 2.5 million informal MSMEs to become formal MSMEs or as much as 16 percent. He emphasized that MSME players are the backbone of the national economy and have a big role in economic growth, especially in 2022.

Data shows that national economic growth reached 5.4 percent with inflation below 5 percent, even though if you look at other developed countries in the world, such as the United States, they have an inflation rate that has exceeded 9.1 percent.

With this data, the condition of economic growth in Indonesia is one of the best in the world, which is the impact of the economic cycle carried out by MSME actors in the country. In addition, the investment figure also continued to grow to more than 3 percent with the trade balance growing up to 19 percent.

The ease of business guarantees has been regulated by the Government since the enactment of the Job Creation Law (UU Ciptaker) which was ratified by the House of Representatives (DPR) in a plenary meeting on October 5, 2020. The Job Creation Law includes changes and simplifications to 79 laws and 1,203 articles. This universal sweep rule contains 15 chapters and 186 articles consisting of 905 pages. This rule was issued for the sake of absorption of labor in the midst of increasingly competitive competition.
Regarding the NIB, it is very clearly stated in the Job Creation Law, namely for businesses with low risk, business licensing in the form of NIB registration can be done directly through One Single Submission (OSS) so that it will be very easy because of the use of digital technology used. by the Government and there is absolutely no need to obtain permits from various parties.

With the large number of MSMEs in Indonesia, even their very important position in supporting the fundamental conditions of the national economy, they really deserve to be given assistance in the form of convenience in managing and having a NIB. In addition, the government also continues to strive to make things easier to support the performance of Indonesian SMEs.

A number of countries are interested in investing in Indonesia

RKUHP Gives Justice to the Community