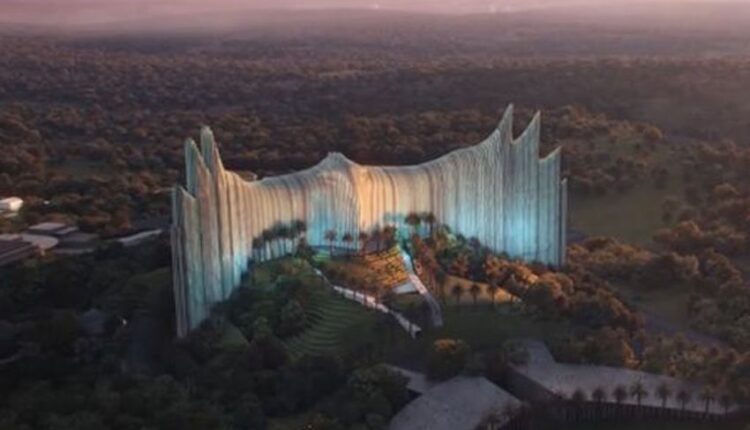 By : Stephen Son of Emmanuel )*

The National Capital City (IKN) of the Archipelago will bring Indonesia more proceed because will bring many influence positive , no only for the people of Kalimantan however Indonesian people _ whole . Draft the development of IKN is very brilliant because it is very Indoensiacentric . Hope with transfer Mother city to the middle of Indonesia then all regions of the country will more forward , because there is even distribution economy .

Plan relocation of the National Capital from DKI Jakarta to Sharpener North Paser , East Kalimantan increasingly seriously . The people are very enthusiastic because indeed DKI Jakarta has too crowded as the capital city of Indonesia. IKN will Becomes city super modern however permanent green and friendly environment , because the plan will inaugurated as green city.

In meaning , with the establishment of IKN then development will evenly . started from area Sharpener Paser Utara built then IKN Nusantara equally so throughout Borneo. Development is also being carried out in Sulawesi, Nusa Tenggara, and throughout other regions in Indonesia by way of evenly .

Equity of course must done for this country permanent forward . Imagine if its built only in Java course , then go ahead are the people who live there . Whereas communities in Kalimantan, Papua, and other areas also have potential big . because _ that they can proceed when there is even distribution development .

Example is in the field education . Do not until good school and university only is in Java . However , in Sumatra, Kalimantan, to Papua, it is mandatory built representative schools and colleges . _ Complete with qualified teachers and a complete library . _ With so so no there is difference Among graduates in Papua with in Java because you’re welcome smart .

Of course since the Dutch colonial era, Java as if Becomes center archipelago , moreover capital in Batavia ( the name of Jakarta in ancient times ). However _ We don’t forward development only in Java course , because if only center is concerned , a country is not will forward . Legacy from feudal times don’t swallowed raw .

If anything transfer Mother country city then hope rotation this also happens on other islands so you’re welcome proceed its economy . Moment Mother State city moved to Kalimantan then will impact positive for the people of Kalimantan, because can there is many improvement , especially in the field economy .

Progress not only occurs in Kalimantan but also the islands else , because more near access ( if taken through sea nor air ). With so so wheel economy will walk with fluent because more near with Mother country city , and saves cost send .

In meaning , the construction of IKN is not will damage forest because Kalimantan is one _ world ‘s lungs . IKN was built during the reign President Jokowi and remains maintain that status , so construction no will cut down forest and destroy environment in Borneo.

IKN concept is very unique because blend between modern city, forest city, as well as sponge city. Understanding from forest city is the city inside _ _ forest . IKN Nusantara is very interesting because position be in the middle beautiful forest . _ This is very interesting thing for investors so they want to embed capital , though the city alone not yet awakened 100%.

So, no will there is cutting the trees in Penajam Paser Utara, for the sake of building a building government . Precisely building is ‘ inserted ‘ in the middle forest and set so as not to there is felled trees _ with arbitrarily . Employees _ the government and the IKN community can enjoy coolness nice city . _

Temporary That ‘s Prahesti Pandanwangi , Director The State Apparatus of the Ministry of National Development Planning , stated that sponge city can collect rainwater and use it as source water power . this city can prevent rainwater _ _ _ live to channel drainage , and can Upgrade impregnation to in ground .

In meaning , IKN will so sponge city because existence trees in it . Besides become the air filter and the lungs of the world, the tree in forest also works absorb rainwater _ like sponge . So that when season rain will safe and not flooded , because the water absorbed with good by roots tree .

IKN presents draft development Indonesia -centric and embodying even distribution development as well as economy . If mom city there in the middle of the country then development will occur not only in Kalimantan but also other islands in this country . IKN will realize Indonesia ‘s progress because development done in a manner massive and even .

Even if PPKM is revoked , do n’t Slow down Fight against COVID-19